Bornean orang utans, Jazz, Sprout and Benji were treated to Hallowe’en pumpkins as part of DZG’s half term celebrations. 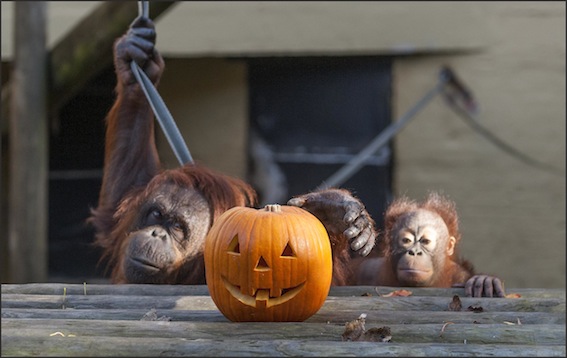 While Jazz couldn’t get enough of her carved seasonal treat, Benji wasn’t impressed with his scary faced vegetable, which he immediately threw in the moat! 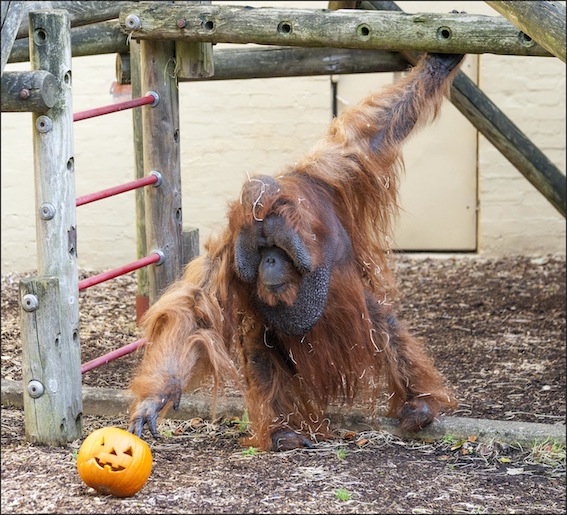 Media and Communications Officer, Rachel Hickman, said: “Jazz spotted her pumpkin straight away and grabbed it before making off to the other side of the enclosure where she ate all the treats inside first, before she began breaking off large chunks of the vegetable which she continued to eat and Sprout hardly got a look-in at all. 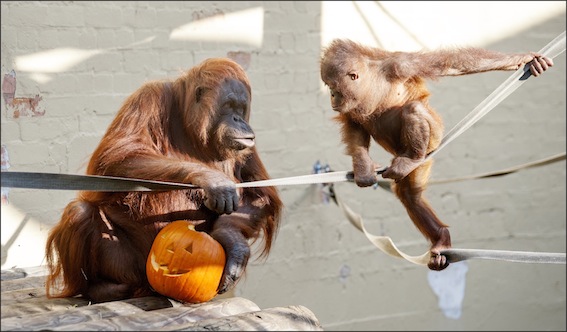 “They certainly both enjoyed the Hallowe’en treat better than Benji, who came out, took one look at his pumpkin, picked it up and threw it straight into the water with a large splash before heading back inside!” 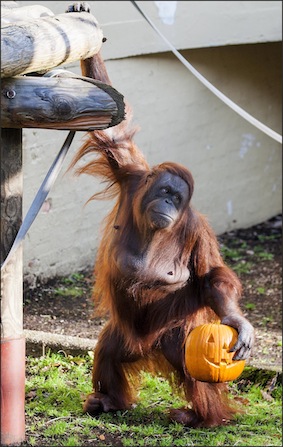 DZG keepers have been treating some of the site’s species to pumpkins throughout the week, which they’ve filled with fruit, vegetables and seeds to encourage the animals to seek the food. 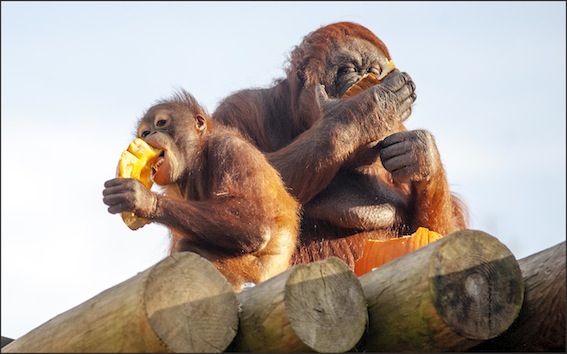 Upper Primates keepers have also been drying out the seeds to distribute to species across the section. 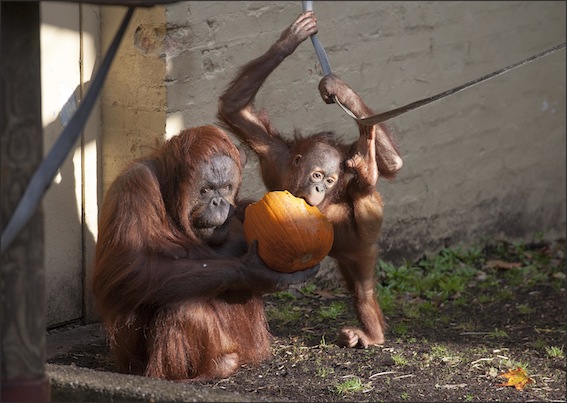 See the orangs in action in the video clip below