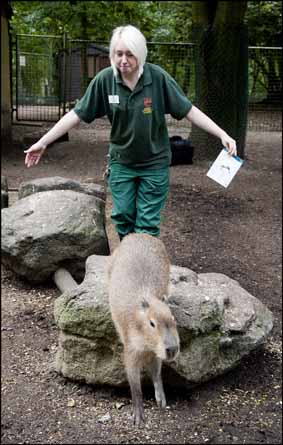 The whole capybara family  Pumpkin, mum Peanut and their offspring  are regularly given the liquid medication as a protection against mites and worms.

Similar to flea treatment given to pet cats and dogs, it is simply squeezed on to the capybara’s back.

The youngsters and Peanut all allowed Laura to complete their treatment without any fuss, but Pumpkin had other ideas.

Laura said: “We do it in a very hands-off way as we don’t want to physically restrain them, but Pumpkin knew what I was trying to do and started racing around, not letting me get near.

“The others were golden and just sat there and let me do it, but it took me about three days to get him done!”

CAPTION: She’s behind you! Laura sneaks up on Pumpkin in a bid to dispense his monthly parasite treatment. 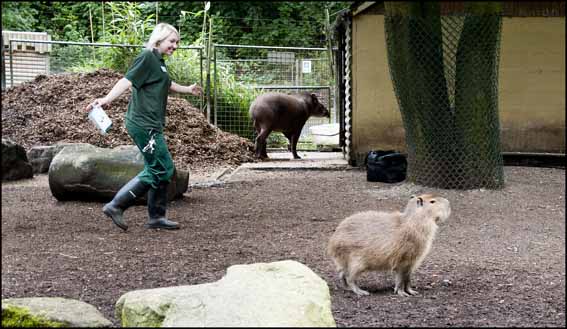 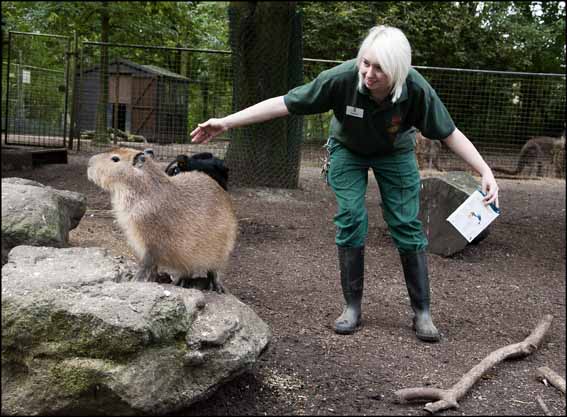