A seven-year-old Wordsley schoolgirl saw her dream come true when she became a Princess for a Day at DZG. 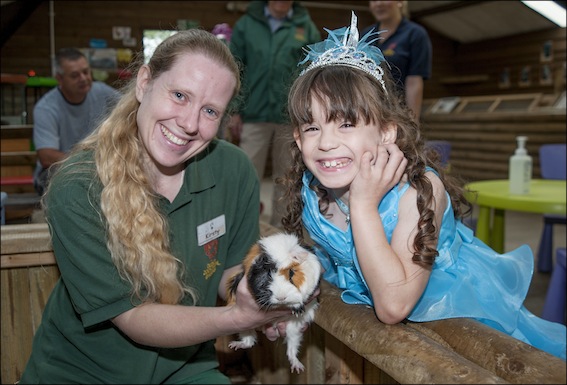 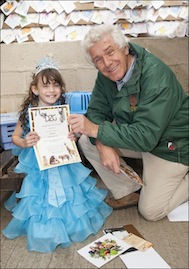 Holly Foley, who has sacral agenesis – which means that the bottom of her spine is missing and consequently, she has very limited leg movement – received a royal tour of the site’s farmyard and a VIP meet and greet with the animals, before she was surprised by DZG CEO Peter Suddock – pictured left – with an adoption package for guinea pig, Rapunzel, aptly named after a Disney princess. ABOVE PIC: Senior Keeper, Kirsty Thornton, introduces Holly to Rapunzel.

The youngster, who attends Ashwood Park Primary School, revealed her regal request to Rays of Sunshine Children’s Charity, which organises wishes for children with serious and life-threatening illnesses across the UK. 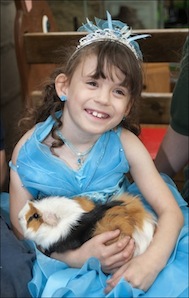 After being contacted by the charity, DZG staff pulled out all the stops to make sure Holly and her family had a day to remember.

Head of Media and Communications, Jill Hitchman, said: “Holly had a great day and was dressed regally for the occasion in a princess dress.

“She loved the chance to hold many of the site’s smaller animals, including Maisie the giant rabbit, Elton the chinchilla and Smokey the ferret and was over the moon to be presented with an adoption package for Rapunzel.”

Holly said: “I loved meeting the animals especially Rapunzel, who was really friendly and cuddly and I can come back and see her now as I’ve adopted her.”

Mum, Julie-Ann Perks, said: “Holly had a fantastic day. She loves anything to do with princesses and is animal mad so the day was just perfect for her. She didn’t stop smiling the whole time.” 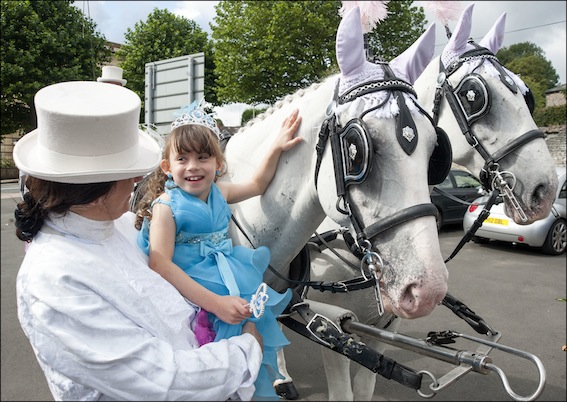 Rays of Sunshine Volunteer Wish Co-ordinator, Carole Dukes said Holly had enjoyed every moment of her special day, which started with a very regal mode of transport to DZG!

Previous: DZG creatures visit libraries
Next: Orry: cause of death