The top of Dudley Castle was the majestic setting when Colin Richards dressed as a prince to propose to his Canadian girlfriend. 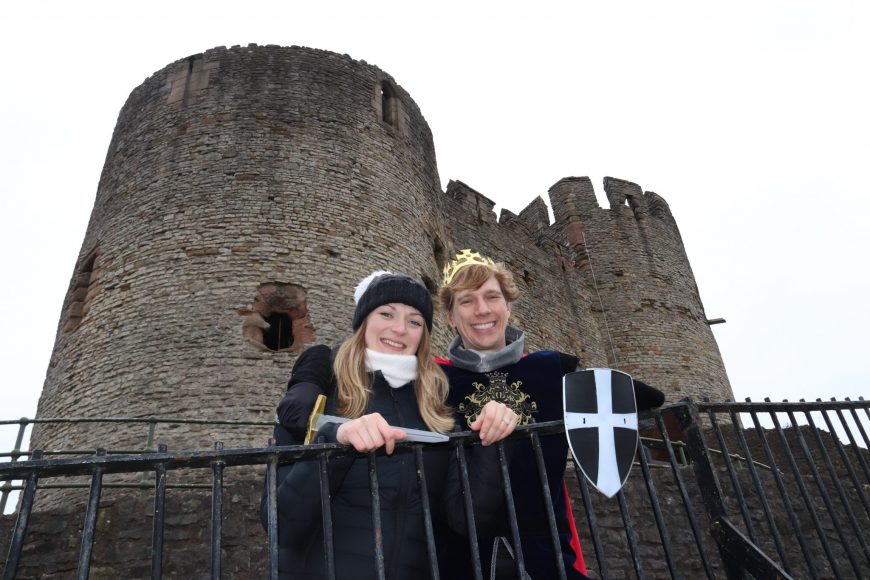 And the 35-year-old, originally from Halesowen before moving to Canada seven years ago, felt on top of the world after his sweetheart Gina Chorna said yes. 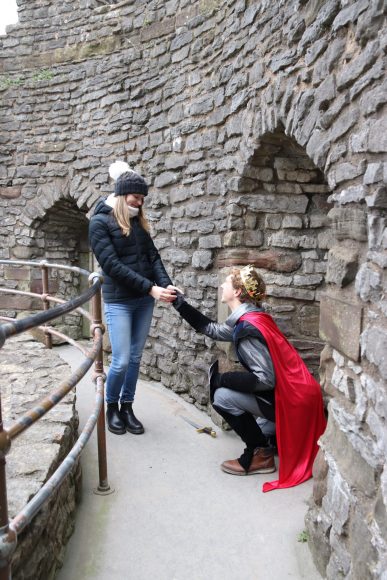 The princely proposal took place at the 11th century monument yesterday afternoon – exactly a year to the day since Colin and 27-year-old Gina became a couple on a snowboarding holiday in Montana.

The pair, who met through a mutual friend and live in Edmonton in Alberta, were in the UK over Christmas and New Year so Colin could introduce Gina to his family.

And his mum Lynda, dad Roger and brother Geoff were also at the zoo, waiting to be the first to congratulate the couple on the happy occasion.

City planner Colin, a former Leasowes High School pupil, said: “I wanted to bring Gina to all the places I grew up visiting and, as we both love animals and historical buildings, I could think of nothing more perfect than to propose at the top of Dudley Castle.

“We both headed to the top but I told her to wait up there while I dashed down to get my bag from my brother, so I could sneak into a prince’s outfit just before I popped the question.

“I raced back up, went down on one knee and presented Gina with a diamond ring as I asked her to become my wife. I was nervous and excited, but thrilled when she agreed.”

Gina, who works in construction management, said: “It was a complete surprise and I couldn’t be happier. I’ve always wanted to be a princess.” 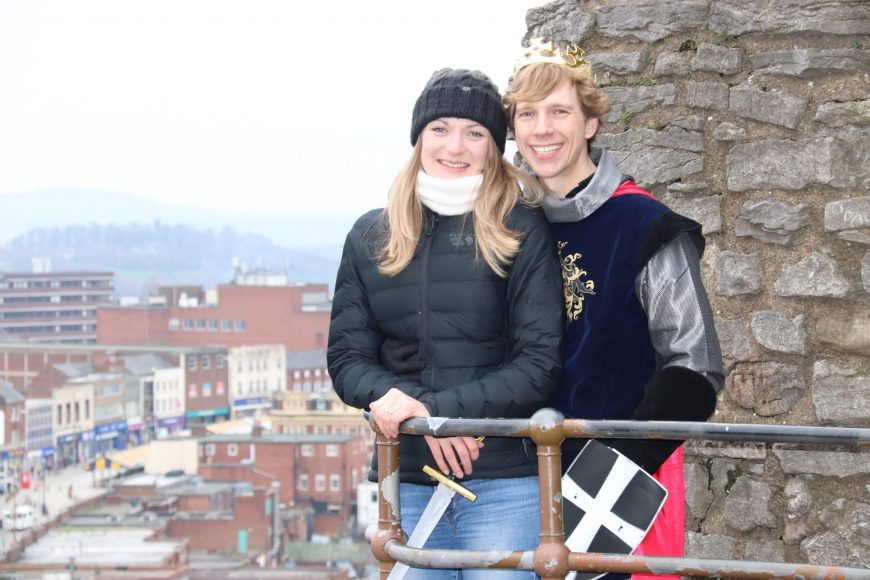 Dudley Zoo’s Office Manager Lynne Grove said: “We were thrilled Colin chose the zoo and castle for the romantic proposal and we wish him and Gina every success and happiness for a wonderful future together.”

Before leaving Edmonton, chivalrous Colin had visited Gina’s dad to ask for his blessing and the engaged couple plan to wed in the Canadian mountains around Easter 2020.

Many congrats to the happy couple!