Two coppery titi monkeys are settling into their new home at DZG after translocating from a collection in Sweden as part of an international conservation programme. 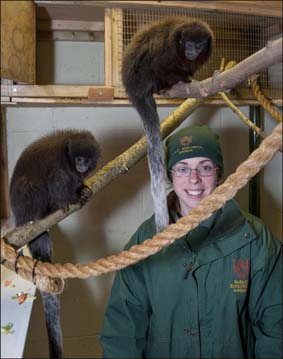 And it’s the first time DZG has held the species in our 78-year history.

He said: “This is the first time we’ve had titis at DZG and I’m pleased to say they are settling in well.”

He added that Ross and Frank had spent a couple of weeks getting used to their off-show den in Monkey Tails before joining the sakis in the walkthrough exhibit last Thursday.

Coppery  or red titis get their name from the red coloured fur running along the cheeks, chest and belly. 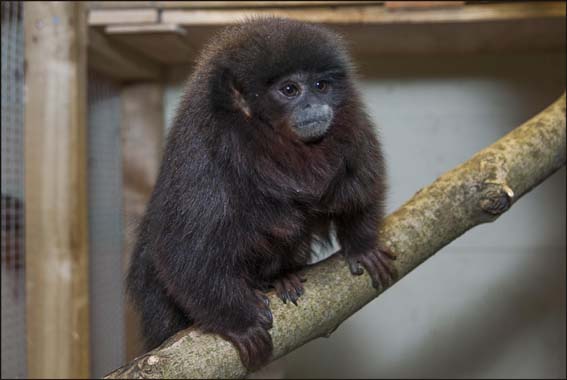 The South American primates are diurnal  active by day  and arboreal, spending  their day in the trees. Much of this time is spent feeding on a range of fruits, leaves, bamboo shoots, insects and other small animals.

The sub-species is threatened by deforestation and hunting for bush meat and the pet trade.

Previous: Thanks, everyone, for your support
Next: Meat Free Monday