A Chilean flamingo is the oldest resident on DZG’s 40-acre site. 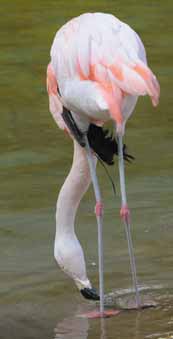 The leggy lovely has been based at the flamingo waterfalls since the 1960s and staff reckon she’s now officially our oldest bird!

Curator, Matt Lewis, said: “She was certainly here during the mid 60s so that puts her at a very good age for this species.”

The flamingos are among the most photographed species at DZG as their enclosure is the first to greet visitors as they come on site.

Previous: Brushing up on dental duties
Next: Dedicated supporters