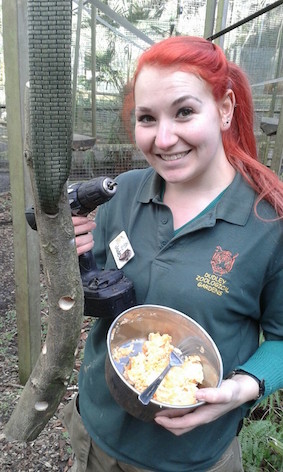 Recycling branches from pruned ash trees around the site, Jade drilled one-inch holes and filled them with warm mashed potato. 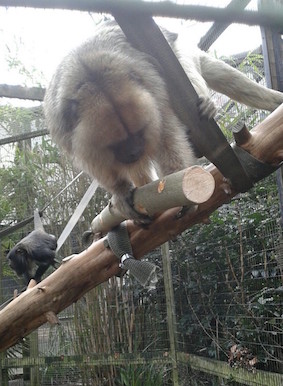 Jade said: “I used potato as that’s one of their favourite foods but I also added some mashed sweet potato too, as they don’t get that very often, so it gave them a different flavour to taste. 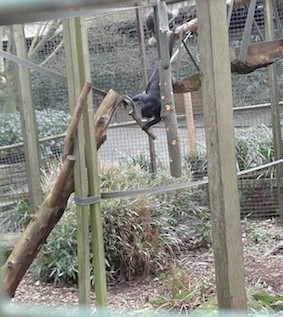 “They reacted really well to them, it was brilliant to watch and all six howlers got involved as they worked to get the potato out of the holes.

“And once they’re finished with them, we can simply wash them out and use them with other species to see if they’re as popular as they were with the howlers.”

As well as potato, the howlers also enjoy a diet of celery, carrots, lettuce, cucumber and primate pellets.