Three roul roul partridges have been brought into DZG to build up our group of the colourful birds. 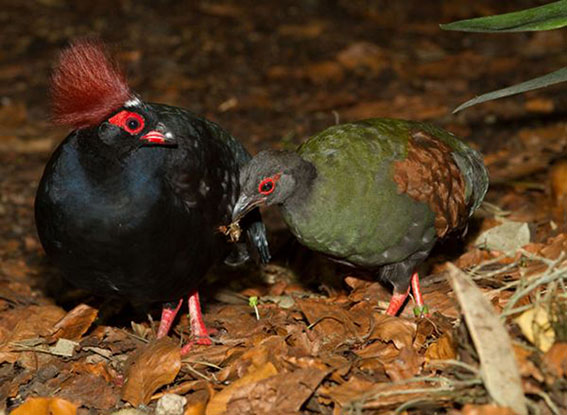 They will join our four males and one female to form a new breeding group.

Ben said: “It’s great to be able to start a new breeding group and they are settling in well.”

This small, relatively plump partridge species is found in the lowland rainforests of Myanmar, Thailand, Malayasia, Sumatra and Borneo, where it lives singly or in pairs. Occasionally it may be found in larger groups of up to 15.

Previous: Otter-ly taken with Buddy
Next: More mud for micro-pigs