New uniform has been issued to Dudley Zoo Keepers – after a plea for more pockets.

Keepers have been given new cargo trousers after a staff survey on uniform revealed they wanted more pockets to carry tools, keys and other equipment they use as part of their daily duties. 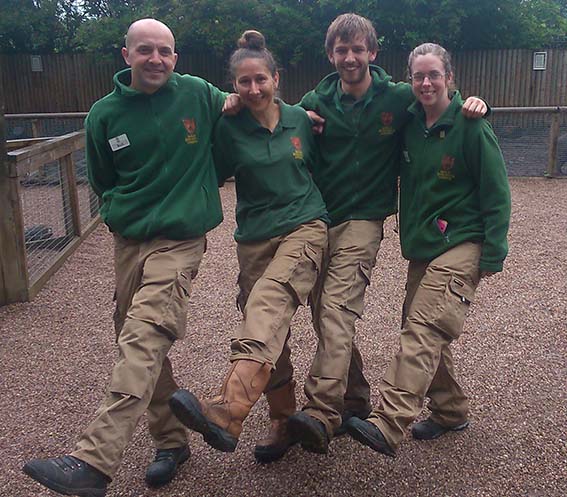 DZG Curator Richard Brown said: “When we decided to review our uniform for the Keepers, more pockets was the main thing the majority were asking for.

“So we did our research, trialled a few pairs and these stone-coloured cargo trousers, which are very hard-wearing, came out on top.

“The new cargo-style trousers should also help our visitors distinguish between Keepers and other staff, including gardeners and maintenance workers, as they will only be worn by the zoo keeping team.”