DZG keepers took delivery of a unique species of orang utan this week  a delightful little beast made of sponge cake and icing!

Head of Upper Primates, Pat Stevens, said: “We wanted to give Zeb a good send off so we put on a leaving party and had this orang cake made specially for him which we handed over at the event.

“It managed to survive the night intact so we could share it with the rest of the keeping staff but, as ever, it didn’t last long once word got round there was cake on site!”

She added: “We’ll miss Zeb, and wish him all the best in his new role with the primates team at Twycross Zoo, and hope he keeps in touch with his mates at DZG.” 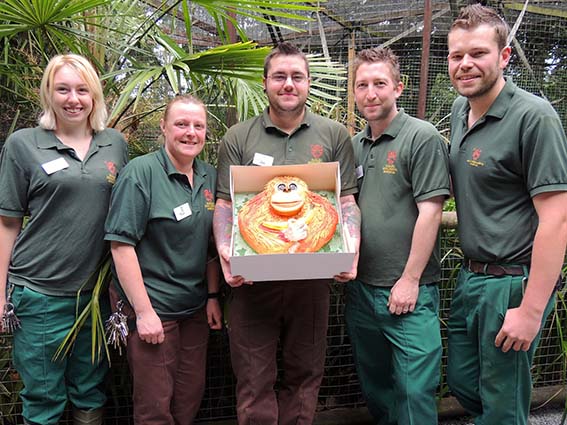