Phew! Sprout needed a lie down after a fab half term, when we welcomed 17,500 visitors on site  a record breaking May bank holiday week for DZ! 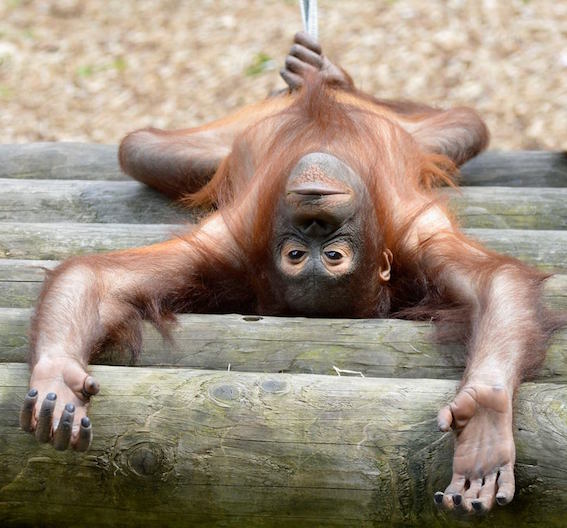 Thanks to Sam Weaver for capturing the above photo of Sprout!

Our loveable five year-old Bornean orang utan loves an audience and can often be found playing up to the crowds, with her forward rolls, stretches, swings and general cheeky demeanor and was spotted on top form last week, especially Bank Holiday Monday which peaked at 4,035 visitors.

Zoo Director Derek Grove, said: “We had a fantastic week, which also coincided with BIAZA’s (British and Irish Association of Zoos and Aquariums) Love Your Zoo Week, so we’re absolutely delighted so many people decided to come out in the sunshine and love Dudley Zoo. 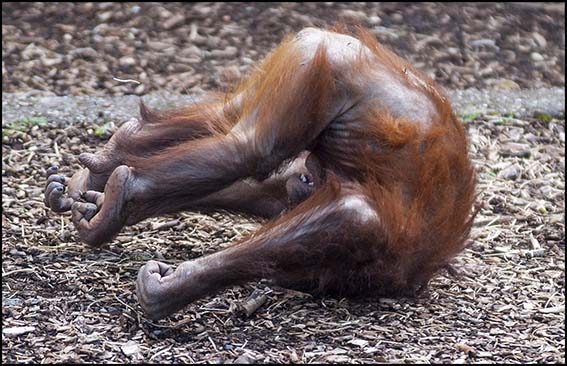 “The figures were our best in five years with the numbers up by more than 2,700 for the equivalent week last year, which shows continued investment in the zoo is working as our our three new exhibits helped pull in the crowds.

“We’re thrilled the macaque and flamingo exhibits and the new Lorikeet Lookout, which opened in time for the holidays, are already proving to be popular additions to the zoo experience.”