We’re hoping to hear the pitter patter of tiny porcupine feet after welcoming a male to DZG. 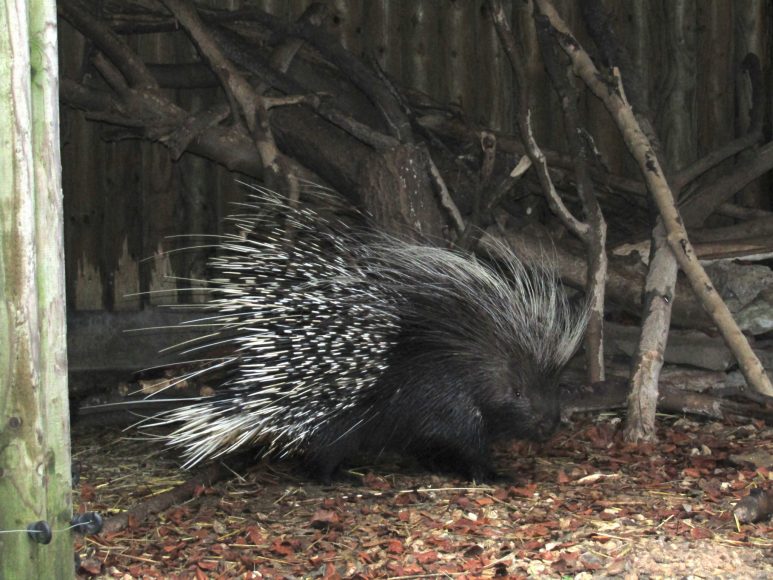 Three year-old Percy the South African porcupine has joined us from Exmoor Zoo to form a breeding pair with 12 year-old Edwina, our resident female.

And her older sister, Sung, aged 15 has swapped places and transferred to the North Devon collection.

Senior Keeper, Sarah Evans, said: “Percy has settled in really quickly and the pair hit it off immediately.

“He’s been out and about exploring their enclosure, which they share with the mongoose and we’ve noticed he tends to come out around 3.30pm each day if visitors want to get a look of him.

“And we’re hoping they will breed and we’ll be welcoming baby porcupines very soon.”

Females give birth to a litter of up to four young after a gestation period of 94 days.

Babies are born with soft spines that harden once they’re exposed to air.

Previous: TripAdvisor thanks!
Next: A fascinating keeper day!