Three Humboldt penguins have flown their DZG nest for the Cotswolds as part of an international breeding programme for this endangered species. 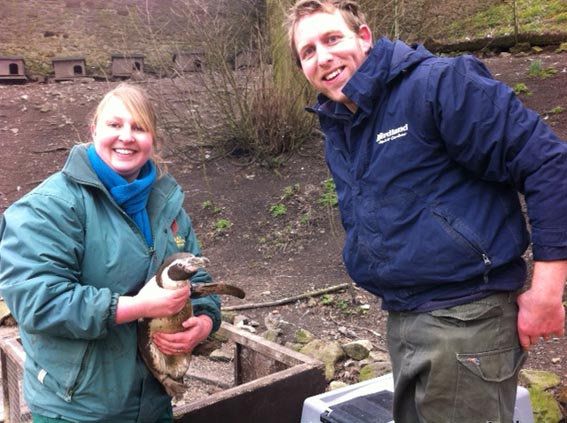 Two females and one male from our 70-strong colony have relocated to Birdland Park and Gardens in Bourton on the Water to help their on-going breeding programme.

Section Leader Birds, Kellie Piper, said: “We have a very successful breeding programme here at DZG which has grown over two decades, so hopefully our trio will do us proud and help increase another colony.”

Humboldt penguins are listed as vulnerable due to a declining population caused by over-fishing and habitat destruction.

Back in 1991 we started off with just five hand reared chicks but now have the largest parent-reared colony in the UK.

Our award-winning conservation programme has also been recognised by BIAZA (British and Irish Association of Zoos and Aquariums), for sustained breeding of a captive species.