A pair of loved-up penguins are preparing for parenthood by sitting on an egg-shaped stone!

Keepers have discovered the Humboldt pair are taking it in turns to incubate the rock, just as they would a real egg. 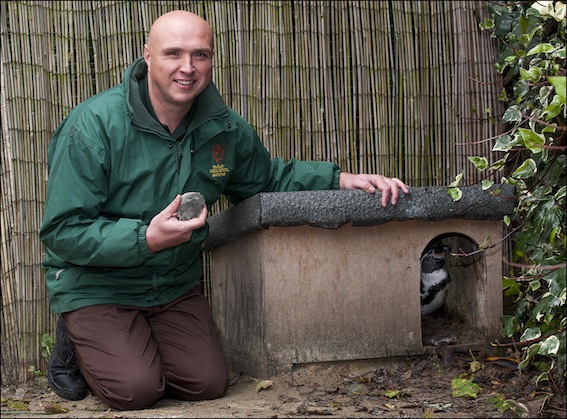 DZG Curator, Matt Lewis, pictured above, said: “Gentoo penguins are the species normally associated with rocks, as they will pass stones to one another as a token of their affection, but I have seen some other Humboldts do this before as well as other bird species such as owls; it’s as if they are practising for the real event.” 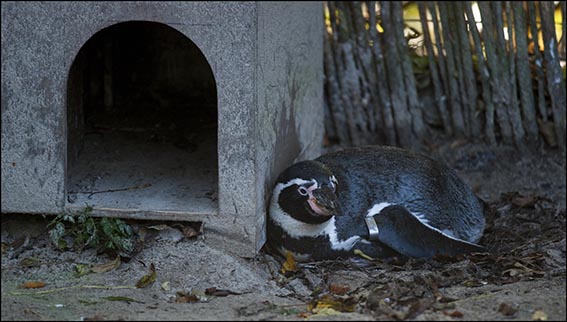 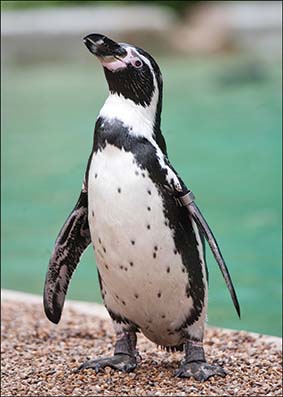 Humboldt penguins pair for life and will lay eggs in the same nesting boxes year-on-year, with both the male and female taking it in turns to incubate eggs for between 40  42 days, as well as sharing food-finding duties when the chick is born.

Bird keepers believe the female fetched the egg, which she then sat on in their Penguin Bay beachsidenesting box, before passing it on to the male, who took it outside to continue the process!

Matt added: “The two penguins are two of our younger birds in the colony, who have only recently paired together, so hopefully they’ll successfully breed and lay real eggs in the future and they’ll know exactly what to do following all their practice!”

Humboldt penguins are native to the western coasts of South America and live in the areas served by the cold Humboldt current.

Here at DZG we hold the largest colony of Humboldt penguins in the UK, successfully breeding them since 1991.

With 70-strong birds, many of DZG’s penguins have helped boost collections around the country.