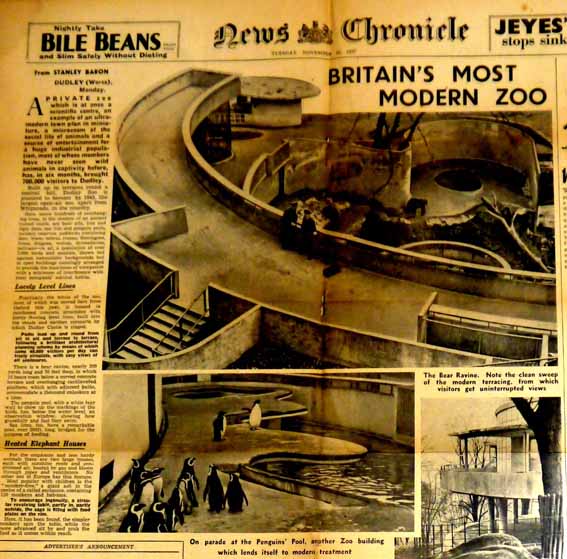 The newspaper article features architect Berthold Lubetkin’s Modernist Tecton structures and describes in detail the layout of the site:

“A private zoo which is at once a scientific centre, an example of an ultra-modern town plan in miniature, a microcosm of the social life of animals and a source of entertainment for a huge industrial population, most of whose members have never seen wild animals in captivity before, has in six months brought 700,000 visitors to Dudley.” 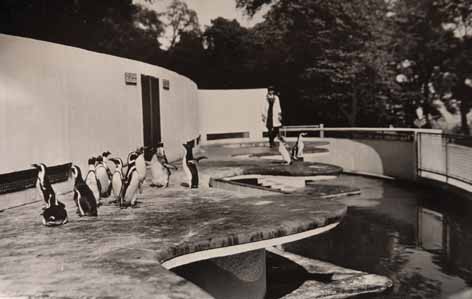 The penguin pool is described as having a white tear wall to “show up the marking of the birds”.

Due to the usage of salt water, the penguin pool had deteriorated to such an extent that it had to be demolished in 1979.

Previous: Camel gets our vote!
Next: About a Boy