Dudley Zoo staff will be getting on their bikes next week as part of a week-long effort to raise money and awareness for endangered African wild dogs. 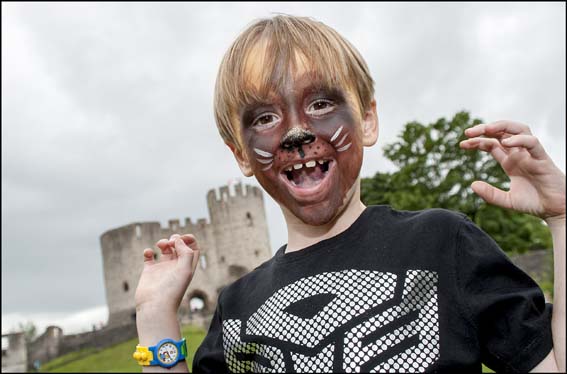 Wild Dog Week has been organised by Keepers Nicola Wright and Jodie Dryden and runs from Monday 24th to Sunday 30th August. 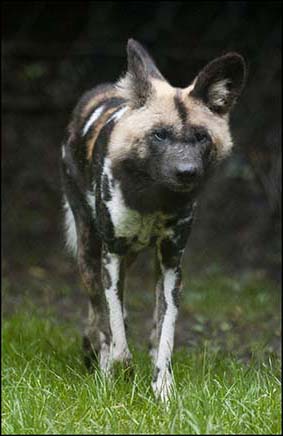 Every day youngsters can take part in a colouring competition and anyone who adopts a hunting dog or gets their face painted in a hunting dog design will be making a massive contribution.

ALL the money from hunting dog adoptions and wild dog face painting during the week will go to a conservation charity in Zimbabwe.

Then on Saturday and Sunday, DZG staff will be in the Castle courtyard taking turns to cycle on two exercise bikes loaned to us by our neighbours at The Village Hotel.

Over the weekend there will also be special talks on the species – also known as painted dogs – and enrichment for our African wild dogs, in the shape of cardboard boxes filled with scents and treats.

Head of Lower Primates Nicola Wright said: “We’re hoping to cycle 900km between us as that represents the home range of hunting dogs in Africa.

“It would be great if visitors could save up their small change and bring in their donations throughout the week to help save these dogs in the wild.”

On each weekend day there’s also a name the dog competition with chance to win a cuddly wild dog, as shown below by Lower Primates Section Leader Nicola Wright. 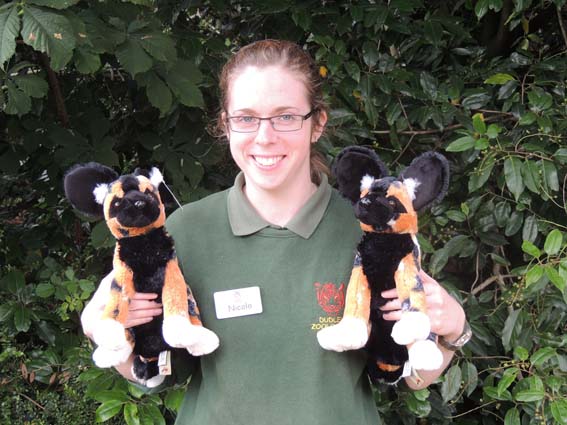 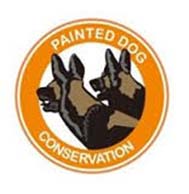 All money raised will go to Painted Dog Conservation in Zimbabwe, whose representatives visited DZG in May to talk about its work saving endangered African  dogs in the wild.

The African wild dog is also known as the painted dog due to the unique patterned markings on its coat – every one is different!

The dogs have big ears, which help to keep them cool and also afford acute hearing; a useful asset when hunting.

Populations are in serious decline due to persecution as a perceived threat to livestock, habitat fragmentation and destruction, and diseases including rabies and distemper.

There were once approximately 500,000 Hunting Dogs in Africa however this number has now fallen to an estimated population as low as 3,000.

Any support you can give during our Wild Dog Week will be amazing!