Dudley Zoo staff took to two wheels and raised more than £600 for endangered African dogs in the wild during a week-long awareness drive.

Staff took turns to ride two exercise bikes in the Castle courtyard over the weekend as part of our Wild Dog Week, from August 24 to 30, which was organised by Keepers Nicola Wright and Jodie Dryden. 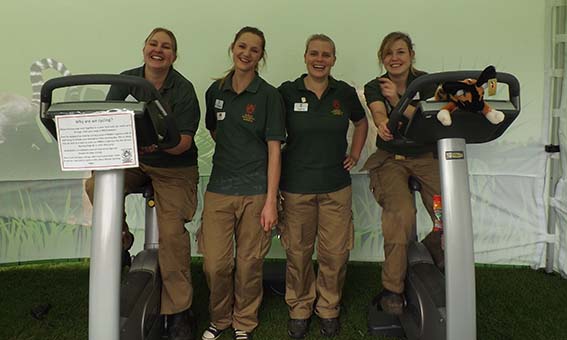 The event pulled in a total of £621.75 for Painted Dog Conservation in Zimbabwe, whose representatives visited DZG in May to talk about its work saving endangered African dogs in the wild. 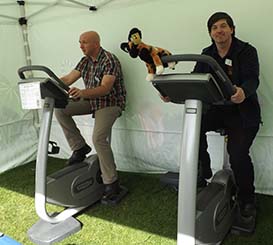 Staff reached their target total of cycling 900km  the home range of the wild dogs in Africa.

Head of Lower Primates Nicola Wright said: “This really was a team effort.

“All departments including Keepers, gardeners, maintenance, customer service, office staff and Zoo Manager Matt Lewis all got on their bikes and it was a great event.

“We are so grateful to everyone who supported us and helped raise the wonderful total which will make such a difference to a charity like Painted Dog Conservation.”

As well as the cycle, on bikes loaned to us by The Village Hotel, DZG held special talks, a colouring competition, name the hunting dog and enrichment for our African dogs in the shape of cardboard animals filled with scents and treats. 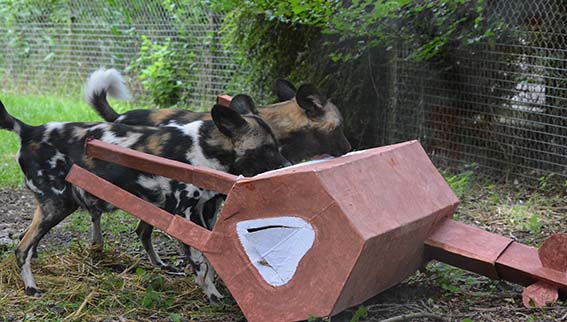 Thanks to DZG member Donna Lane for the wonderful pictures above and below of our African wild dogs in action. 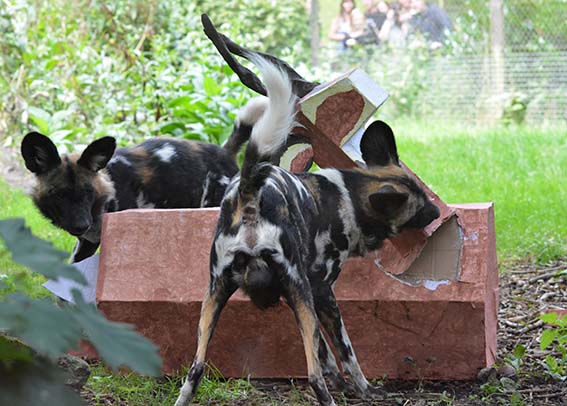 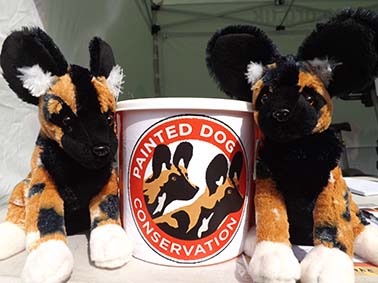 And ALL the money from hunting dog adoptions and wild dog face painting during the week went to the charity.

The African wild dog is also known as the painted dog due to the unique patterned markings on its coat – every one is different!

Populations are in serious decline due to persecution as a perceived threat to livestock, habitat fragmentation and destruction, and diseases including rabies and distemper.

There were once approximately 500,000 wild dogs in Africa however this number has now fallen to an estimated population as low as 3,000.

Thank you for going wild for African dogs!

Previous: DZG’s 2016 calendar stars!
Next: Flying the flag for HRH!