Our colourful Indian peafowl are back out on site and following in the footsteps of the zoo’s first residents 80 years ago. 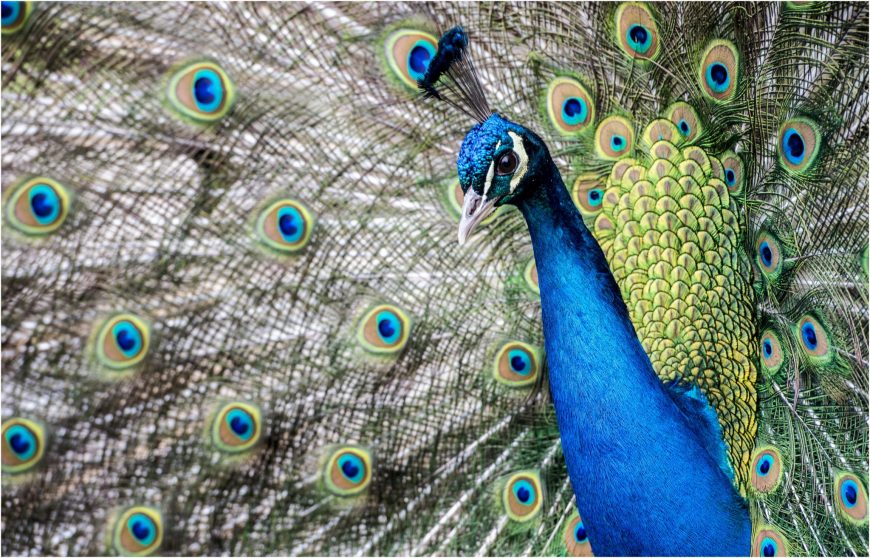 For the past four months DZG’s four peacocks and two peahens have been kept in the triple aviaries as we adhered to stringent protocols to protect our birds from the recent outbreak of avian flu in Europe.

But earlier this month the Department for Environment, Food and Rural Affairs (DEFRA) relaxed its rulings allowing our peacocks to once again roam freely around the zoo site, just in time for breeding season!

Birds Section Leader Nicola Wright said: “Visitors always like spotting our peacocks, who are known for their impressive displays to woo the opposite sex.

“As their breeding season is fast approac 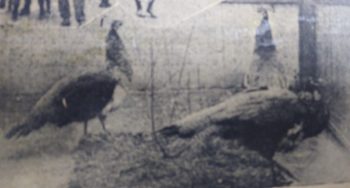 hing, they’ll soon be fanning out their patterned plumage, so keep your eyes peeled for their extravagant courtship rituals in the coming weeks.”

Back in 1937, three peacocks (pictured left) were the first animals to arrive at DZG, presented to us by the Duke of Sutherland from his estate.