A free-roaming peacock is causing daily mayhem by attacking a portrait of himself that he believes is a rival! 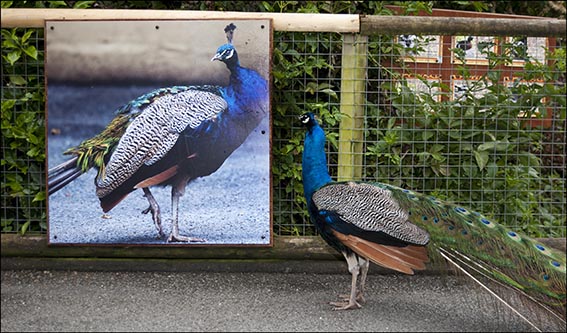 The 3ft square photograph is one of 400 new information signs and images that form European Regional Developement-Funded signage across the zoo’s 40-acre site, but the peacock picture is so frequently under attack that staff have now ordered a replacement. 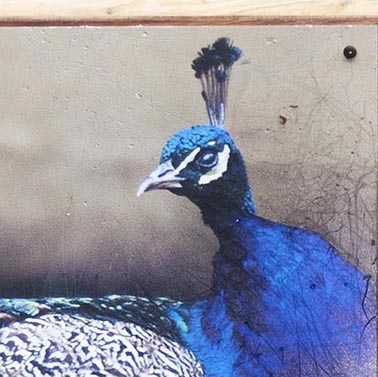 Head of Media and Communications, Jill Hitchman, who designed and compiled the signage, said:?”When I first saw the damage I thought it had been caused by a passing buggy or mobility scooter, but then I noticed it was getting worse every day and one morning I? saw the peacock hurling himself at the head of the image and attacking it with its beak.”   She added: “When I told bird keepers they said it was because the peacock ?not known for their brain power  believed it was a rival and was attacking it to ward it off.   “I don’t know if he’ll ever call a truce, but in the meantime we’ve ordered a new sign to replace the scratched version.”