The site’s native wildlife left their paw of approval on construction work for the new anteater enclosure. 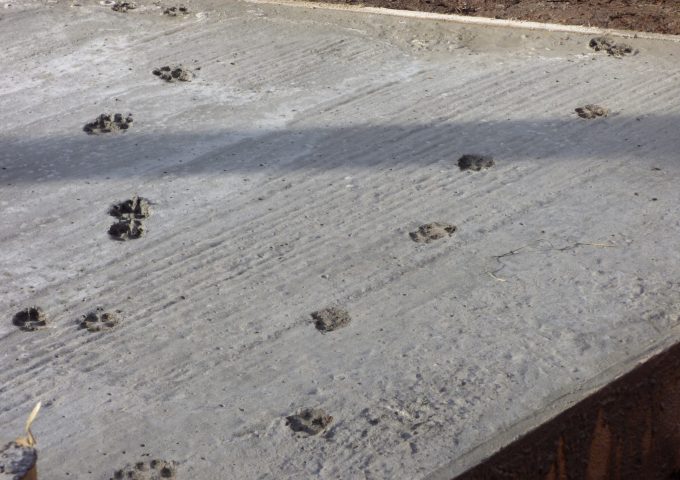 As part of the new exhibit, DZG’s maintenance team have laid a concrete base for a new walk-in viewing area, similar to the one in the lar gibbon enclosure, which will allow visitors to see into the anteater enclosure and tapir paddock opposite.

But before the team had chance to cover it over to fully dry, a cheeky fox walked over it, leaving paw prints in its wake! 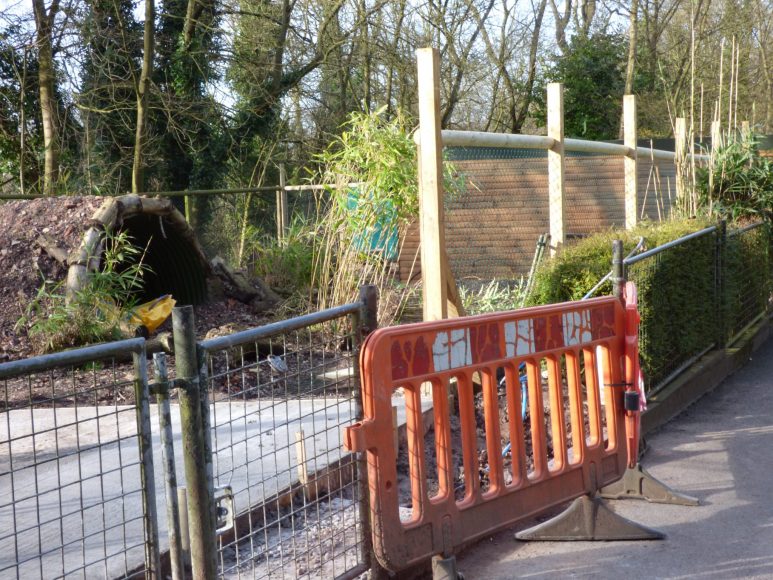 The team will re-skim the area to remove the prints before adding the viewing windows.

Foxes are just some of the many different native species we’ve got living across our ancient wooded hillside site alongside our exotic species.

And thanks to night vision cameras we’ve set up across the 40-acre zoo site, we’ve been able to capture footage of the nocturnal activities of foxes, badgers, bats, moths, birds and insects. 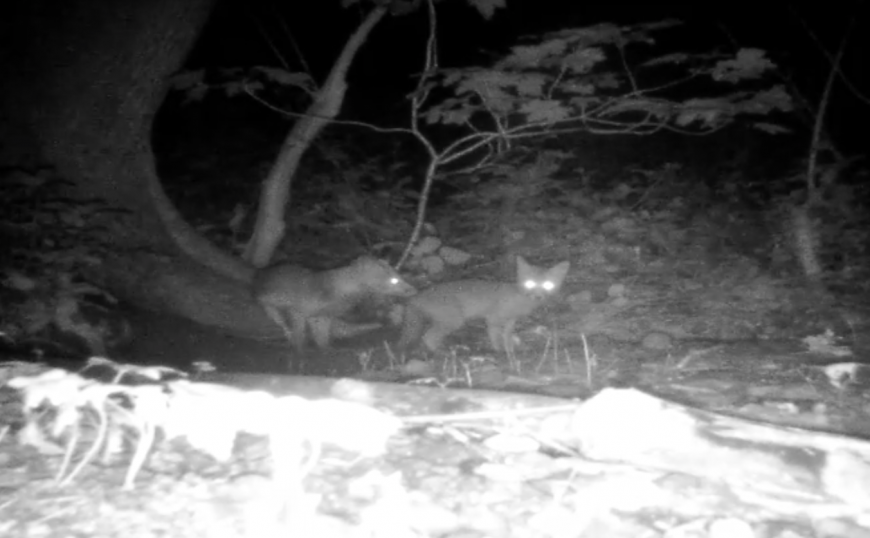