All free tickets for the dress rehearsal of Snow White and the Seven Dwarfs at The Grand Theatre, Wolverhampton have been snapped up! 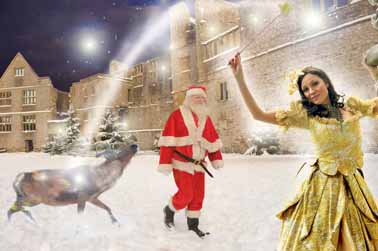 DZG is sponsoring the one-off production, starring Linda Lusardi and Sam Kane, and throughout the last few weeks we have handed donated more than one thousand tickets to local groups and organisations who will join us, for free, at the theatre on Friday, December 9.

Tickets were also handed out to youngsters’ groups in Walsall, KIDS, in Lye, Time For Me at Halesowen, Chatback Productions, in Kingswinford and Star Youth Group at Netherton.

See you all at the panto!

Previous: Look at the Castle!
Next: Santa in training