All eyes were on the tiger as DZG’s mascot, Jambi, took part in a nail-biting panto penalty shoot out at Molineux Stadium.

Ahead of the opening of Sleeping Beauty at Wolverhampton Grand Theatre next month, Jambi joined in the fun with a variety of colourful, panto characters, including Sleeping Beauty herself, at the theatre’s Pantomime Party Night. 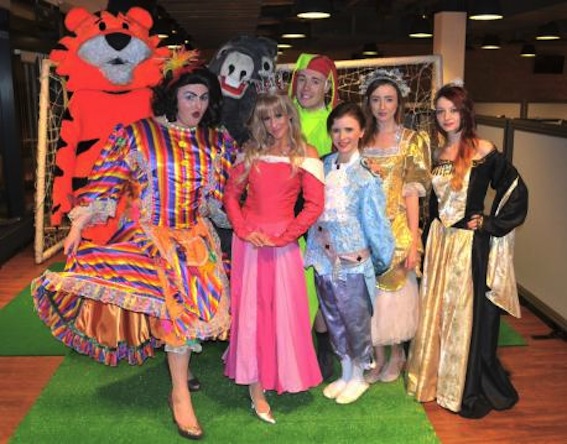 DZG is sponsoring the dress rehearsal on December 6 and is giving away more than a thousand free tickets for the show for community groups, schools, charities and local organisations

And this year visitors can also come and see Santa in his grotto in Sleeping Beauty’s Christmas Castle from December 3 to Christmas Eve.

All visits, which will include a magical train ride and a glow in the dark puppet show, must be pre-booked at least 24 hours in advance.   To book your tickets, click here.

Previous: Why we wear our poppies
Next: An amazing day