DZG’s generous visitors helped us pull in almost £500 for red panda conservation during celebrations with our popular panda pair. 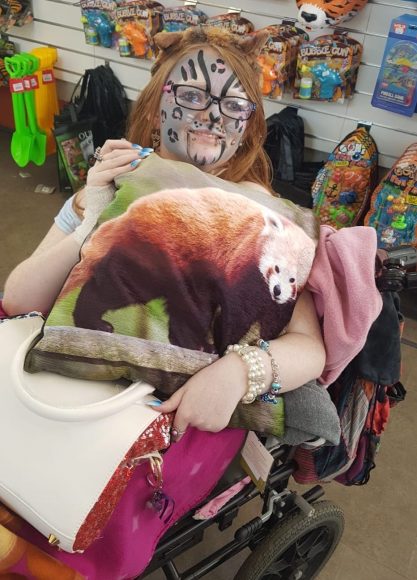 To mark International Red Panda Day (the official day was yesterday) we held some red panda themed games at the start of the month with chance to win a red panda adoption, a cuddly red panda and a red panda cushion.

And lucky raffle winner Charliee Keely Warmer, aged 27 from Bilston, was delighted to take home a cushion which features our 13-year-old female Yasmin.

Charliee, who had her face painted as a snow leopard, said: “I was so excited to have won and went to the zoo especially for the red panda event. I also adopted Bubbles the male giant anteater when I was there, I just love his big, bushy tail.”

The weekend celebrations raised a splendid £485.73 for Red Panda Network, which works to conserve this magnificent endangered species which has faced a 50 per cent decline in less than a decade.

Senior Keeper Laura Robbins said: “It was a very successful event with lots of visitors interested in finding out more about red pandas.

“People enjoyed taking part in the games to win our red panda prizes and learning more about the threats they face in the wild, including being hunted for their bright red fur and habitat loss due to bamboo destruction.” 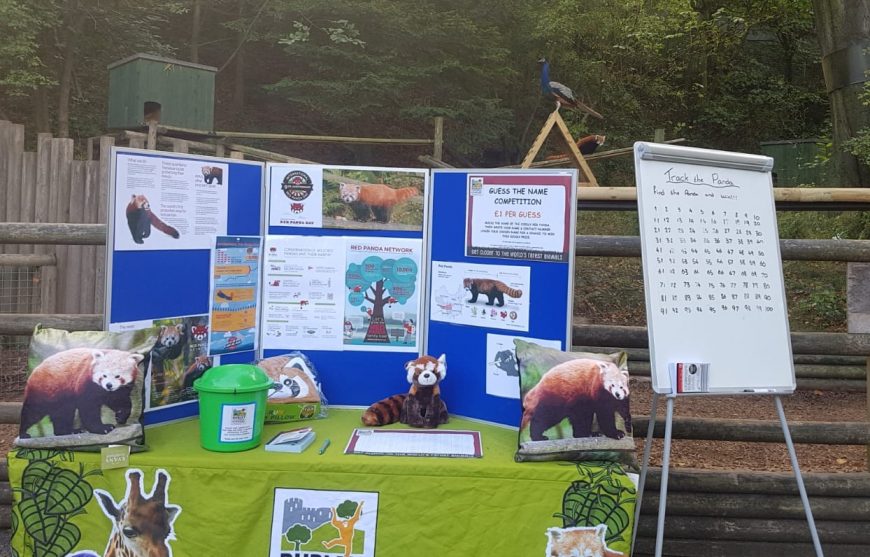 Well done Charliee and everyone who joined in with our panda party!