Colombian black spider monkeys Charlie, Chester, Evita and Valentine were in for a spot of pampering when Keepers put tubs of treats in their enclosure. 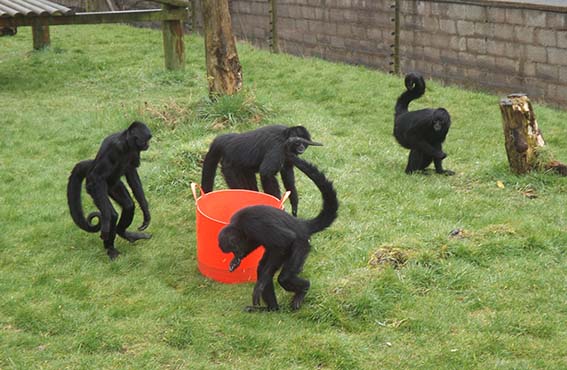 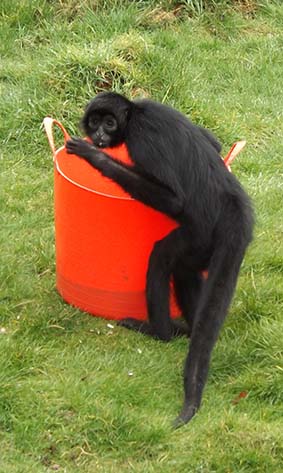 DZG Senior Keeper Stacey Ball said: “As the monkeys dipped their hands in the tubs to reach for the seeds, they put them in the oily solution which is very good for their skin.

“The four of them didn’t even realise they were getting a snack and a beauty treatment at the same time!

“Charlie and Chester weren’t at all sure what to make of the tubs at first and stayed back for a while.

“But the girls Evita and Valentine dived straight in to get all the nice treats and the goodness from the oil.” 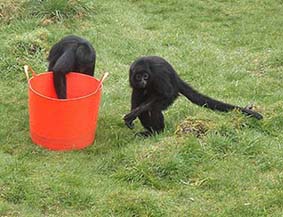 Colombian black spider monkeys are Critically Endangered on the IUCN Red Data list and are part of an international conservation programme at DZG.

The species takes its name from its spider-like appearance, due to disproportionately long limbs and a long prehensile tail which is used as a third hand as the monkeys move rapidly through the high forest strata in their native Central and South America.