Keepers are hoping for the pitter patter of tiny feet, following the introduction of West African dwarf crocodiles, Janet and Danzo.

The  pair, aged 12 and 15 respectively, have been paired in the Reptile House. 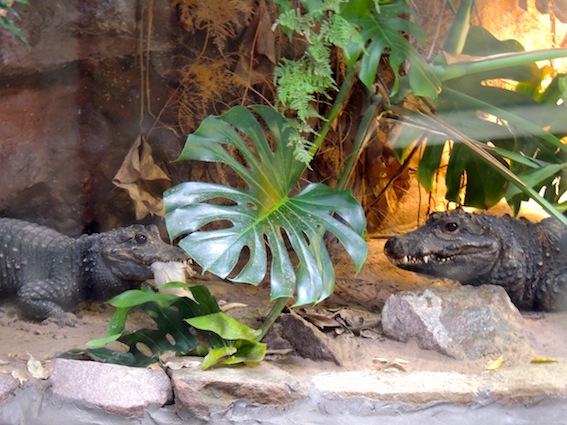 DZG Curator Matt Lewis, said: “We decided to pair them as they’ve both reached sexual maturity. They haven’t been together since they were tiny, but their introduction went brilliantly, so now we just have to keep our fingers crossed for babies.”

To prevent injury to the crocodiles when they first met, keepers restrained them both by taping their mouths.

Matt added: “This method of restraint is commonly used with crocodiles as a preventable measure in case they caused serious injury to one another when they first met.

“But we needn’t have worried as the whole process went really smoothly and we’ve even spotted them mating already, so all the signs look good.”

Female West African dwarf crocodiles typically lay up to 20 eggs once a year in a nest she builds out of rotting vegetation, which will break down like compost and keep the eggs warm.

Incubation lasts between 80 and 110 days and both parents will defend the nest from predators.

Reptile Keepers also faced a challenge when attempting to feed the pair together for the first time. 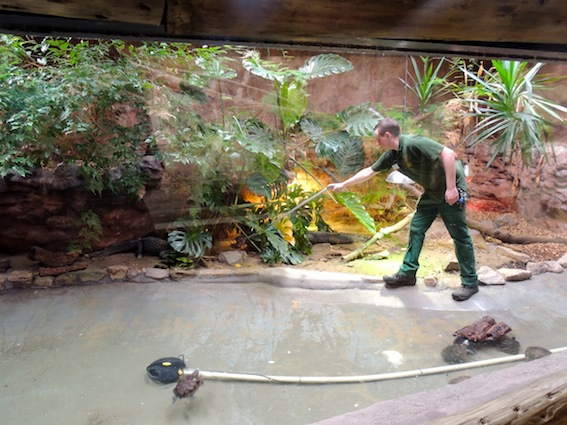 Keeper Sam Grove, pictured above, said: We feed the crocodiles rats and beef once a week. Danzo normally eats between four and five rats a week, while Janet has around two or three. Now they are together we decided to give them food individually so that we know that they’ve each eaten something.

“A long-handled litter picker comes in very handy for this task, because you don’t want to be too close to a crocodile’s mouth when you’ve got food in your hand.”

Previous: Joao says no to fish!
Next: Almost 34,000 Facebook likes!