Dudley Zoos stunning toucan Oz has just received a special visit from the adopter who named him! 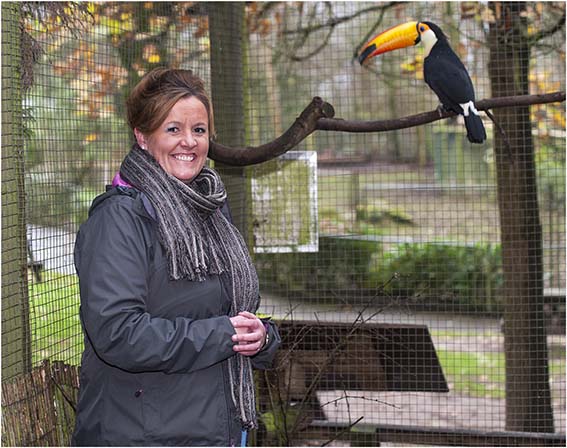 Rachel Lane, who is due to return to the DZG team in the New Year as a graphic designer, recently came to see the beautiful bird she adopted and named almost four years ago in memory of her Dudley dad Terry Walters, who died at the age of 73.

At the time, the striking Toco toucan didnt have a name so Rachel, from Halesowen, picked the name Oz as her fathers favourite film was The Wizard of Oz.

Her adoption plaque to her father says Somewhere over the Rainbow, I dedicate Oz to you.

Rachel said: Dad loved watching The Wizard of Oz, especially at Christmas time, and I chose to adopt the toucan as Dad was an amateur artist and would have loved the colours of his beak and his steely blue eyes.

Its lovely to come back from time to time and visit Oz and Ill be able to see him even more when I return to work at the zoo in January. 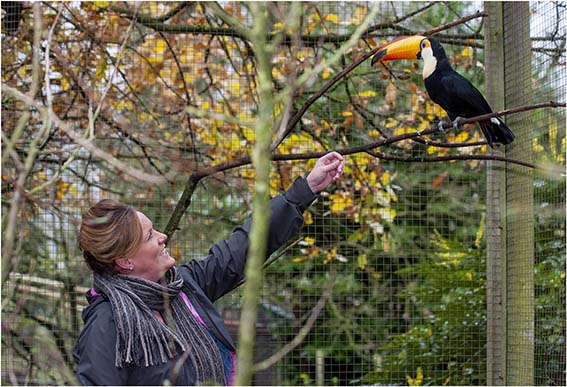 Rachel, pictured above, worked at the zoo for a year in 2012 and will start back early in the New Year to take on design projects including the layout of our quarterly magazine, ZooNooz.

Toucans originate in the South American tropical rainforest, where the indigenous people view them as sacred.

Some of our other birds had a special visitor too, when Santa stopped by Penguin Bay to remind us time is flying by  just 14 sleeps until Christmas! 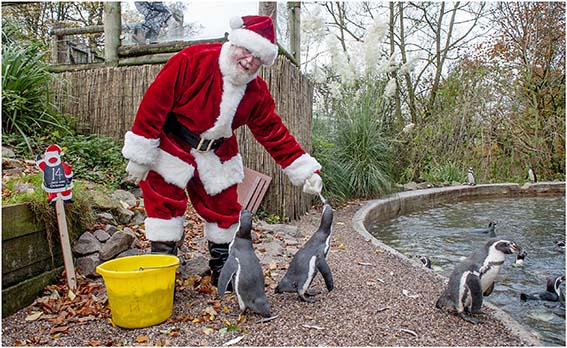