Massive thanks to everyone who joined us for Saturday’s Onesie Walk to raise funds for Sumatran tiger conservation   a fab time was had by all!

Dozens of DZG supporters tackled the 2km, 5km and 10km courses throughout the morning and met their favourite species as they completed the round-site walk wearing animal-themed onesies. 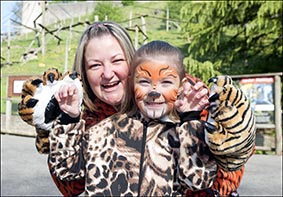 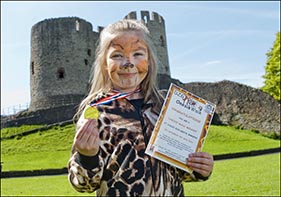 And our young walkers did us proud; five-year-old Athena Beasley, from Telford  pictured above with mum, Anna  raised more than £300 while Daseep fan, Daniel Higgins  pictured below  also aged five, of Brierley Hill, raised £222. 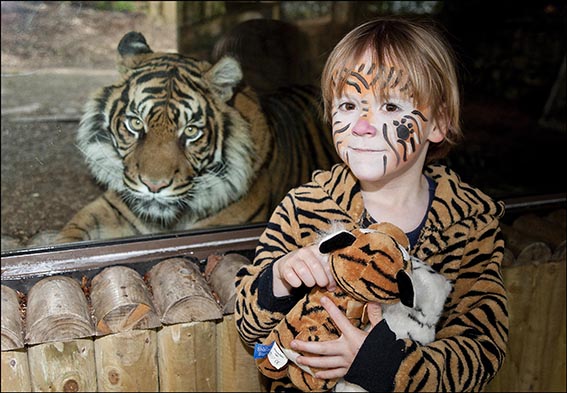 Daniel’s mum, Donna, said: “He’s done so well to raise the money, I’m really proud of him, it’s for such a great cause.   “Daniel loves Daseep and every time we come to the zoo he rushes along to the viewing panel to say hello and blows her a kiss when we leave, he’s always talking about her.” 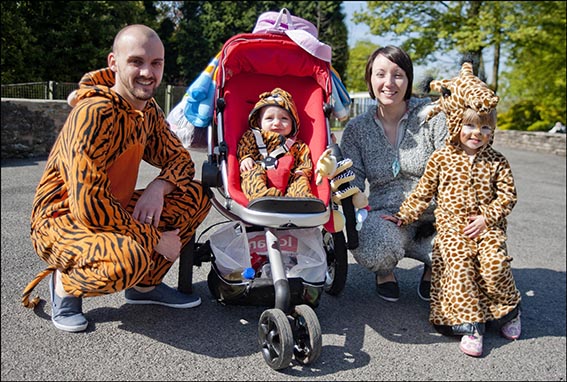 Youngest supporter on site on Saturday was nine-month-old Ethan Bytheway sporting a tiny tiger onesie accompanied by mum Hayleigh, dad Anthony and three-year-old sister Isabelle, wearing an impressive giraffe outfit  pictured above.   Hayleigh, who had travelled with her family from Sedgley, said: “It’s a real team effort for a very worthwhile cause; Isabelle was so excited that we we arrived really early  we were at the zoo before the registration gates were open!”   But the star of the day was long-term DZG member, Kathryn Willett, who completed her walk directly after finishing a staggering ten-hour shift at nearby Tesco! 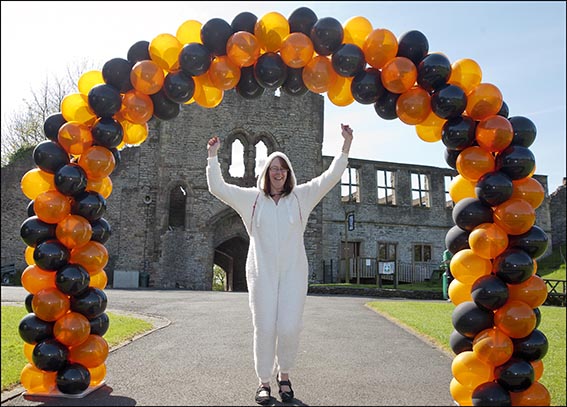 Passing through the tiger-themed balloon arch at the finishing line she said: “I’m exhausted, but it was so worth it  there’s just time to grab some sleep before it’s back to work again!” 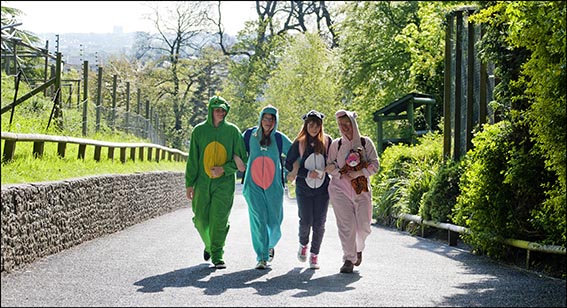 Head of Media and Communications, Jill Hitchman, said: “We were delighted with the numbers that turned out to help us raise funds for Sumatran tigers, who are now among the rarest species on the planet.   “We’d like to thank everyone who came along on a bank holiday weekend to support their cause, wearing a wonderful range of animal-themed onesies, and some rather cool big cat masks, thanks to DZG’s team of face painters.   “We don’t yet know how much was raised as funds are still coming in, but every penny will go towards helping these magnificent creatures in the wild through 21st Century Tiger, or via our own conservation efforts.”   She added: “After the walkers had received their medals at the end of the course many enjoyed a picnic in the courtyard and stayed on site for the rest of the day, although most of them changed out of their onesies which had become a bit too warm to we