Psst… Hello! It’s the Asiatic short-clawed otters here, to tell you the zoo’s otterly great news that a grand total of 310,672 people visited us throughout 2016 and 21,373 in December alone!

In the last two weeks of the year alone we saw 10,672 supporters visit the attraction after reaching the 300,000 milestone mid December.

We also broke records with our Winter Wonderland grotto, which ran in the 11th century Dudley Castle between December 1 – 24, with 15,206 visitors seeing S 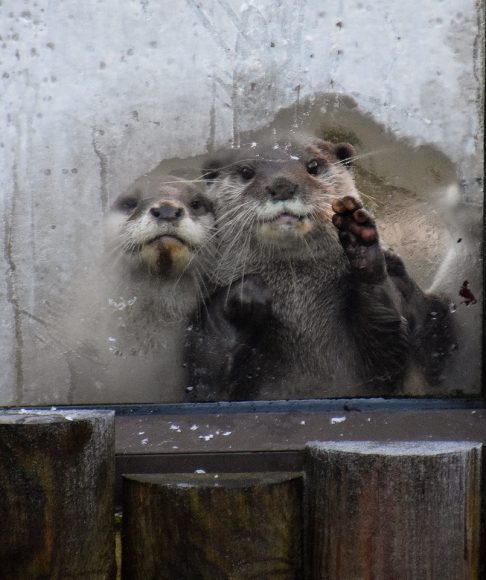 Zoo Director Derek Grove, said: “We’ve worked hard  to enhance the experience for visitors by introducing new species and opening innovative all-weather exhibits to allow them to get closer to the animals and we’re thrilled so many people decided to have a great day out at DZG throughout 2016.”

New additions during the last 12 months include rainbow lorikeets and a giant anteater, as well as 20 flamingos, a female snow leopard and five wild dogs.

And there’s plenty more to come with £345,000 redevelopment scheduled across the 40-acre site in 2017, including the re-opening of the former Tropical Bird House as a South American indoor exhibit for our 80th anniversary in May.