Work is progressing well on our new outdoor orangutan enclosure. 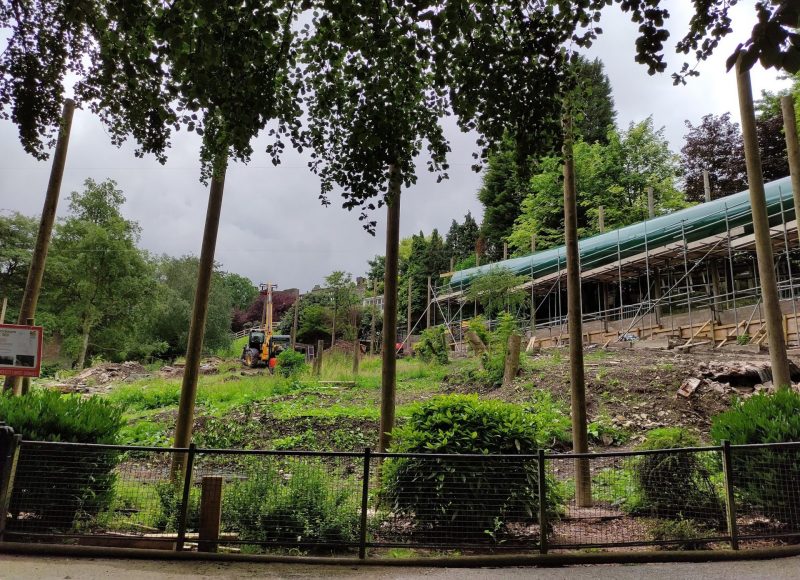 The large paddock to the side of the orangutan house is currently being transformed into a new space for our Bornean orangutans, Benji, Jazz and Sprout.

Work so far has included clearing the entire site and dismantling the metal fencing, none of which has gone to waste. We’re planning on recycling and reusing some of the fencing on other parts of the site, while the sections we haven’t kept have been scrapped for cash, which we’ve ploughed straight back in to the project!

We’ve also installed 45 telegraph poles around the perimeter, which will support the main fence line, with all the ground work overseen by an archaeologist due to the close proximity of the 11th century castle. 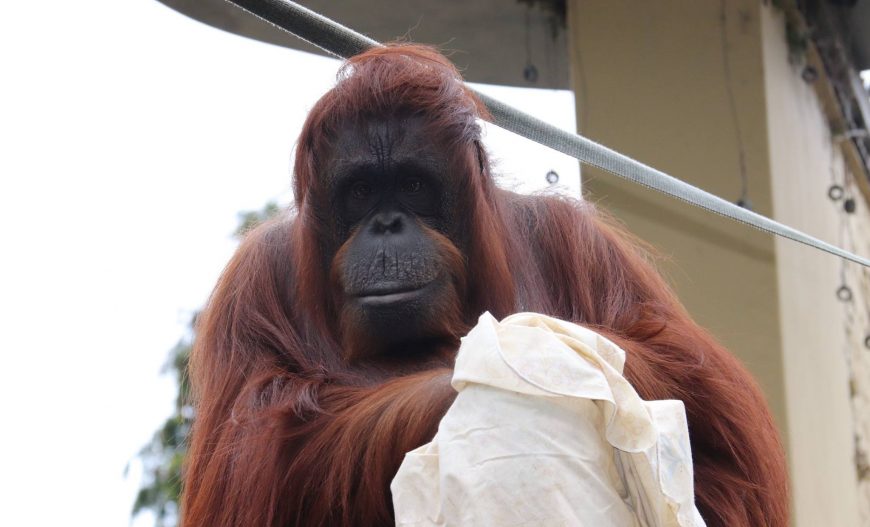 The semi-circular overhang at the top of the grassy enclosure has also started to be put into place and the four-metre-high extra strong mesh fencing is currently being purposely built in nearby Rugby.

Next steps include the building of the climbing frame, a whopping 40 metres long, by seven metres high with webbing and hammocks also added for our arboreal great apes to enjoy. 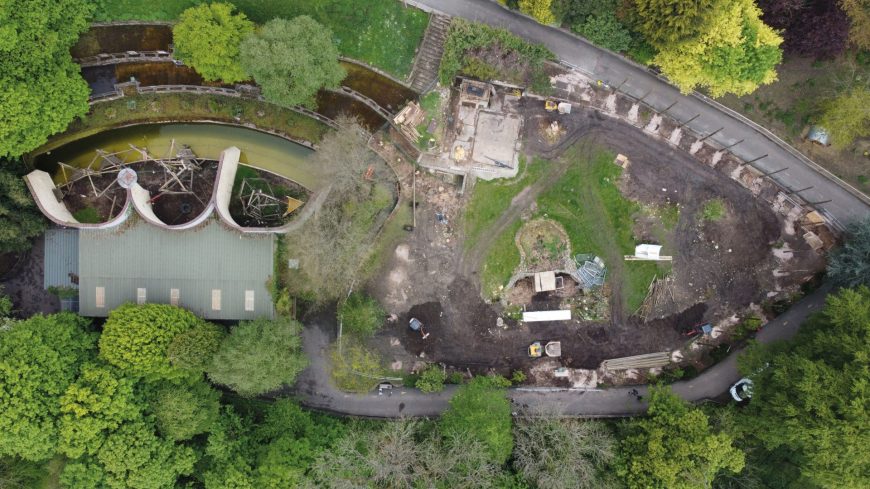 There’s still time to contribute towards the ongoing development if you wish, via our orangutan text appeal.