DZG’s African spurred tortoise, Ernie, was left a little shell shocked after undergoing an operation to remove pebbles from his stomach. 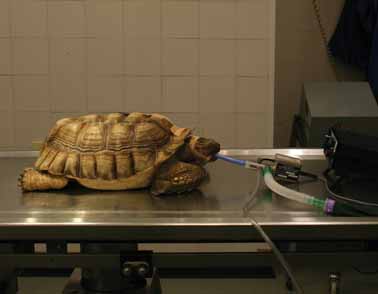 True to his species, two-year-old Ernie is partial to eating the odd stone when his body needs extra minerals, but bit off more than he could chew when the pebbles caused a blockage.

The problem came to light during Ernie’s monthly nutritional check when keepers found he had lost a significant amount of weight.

An X-ray revealed the stones and after medicine failed to removed the blockage, vet Peter Stewart carried out surgery.

“To gain access, I had to saw through his plastron, the underside of his carapace, while he was anaesthetised. 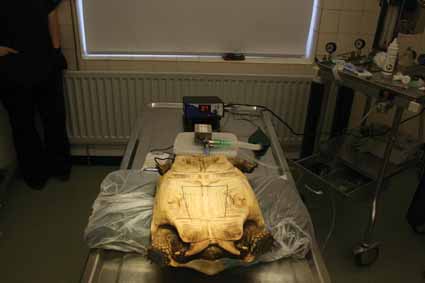 “I opened his stomach and colon, and found stones and impacted food material which I removed.

“I then replaced the plastron, and used a very strong epoxy resin to cement it into place.

The superstrong Araldite resin is often used on repairwork to boats.

Mr Stewart added:?”Ernie is now doing well, and the glue will eventually dissolve, but it could take a year or two before he is completely resin free.”

Following the operation which took place in DZG’s Animal Hospital, Ernie was fed via a tube for three weeks, but is now eating normally. 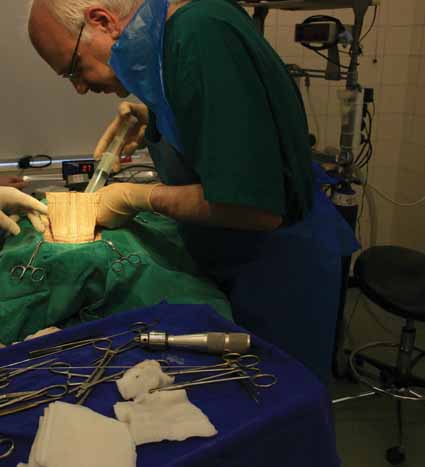 ABOVE: The area to be cut is marked out.      RIGHT: Vet Peter Stewart injects antibiotic wash to prevent infection.      BELOW: A final resin coat is applied to Ernie’s shell. 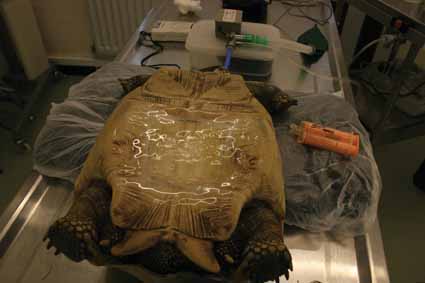