DZGs Onesie Walk has been hailed a roaring success after pulling in £5,000 for animal conservation projects.

Proceeds from our second annual walk will be split equally between DZG’s conservation projects and 21st Century Tiger, a charity which supports tigers in the wild. 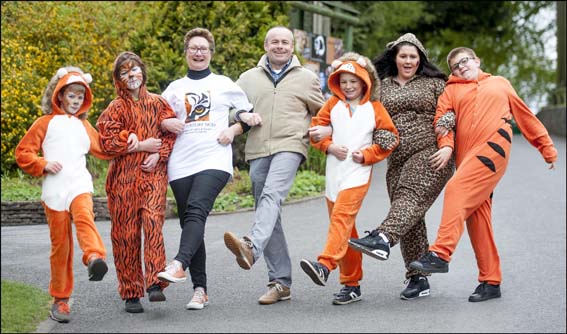 The excellent event on May 2 saw 274 people don animal onesies for the 5km walk around the site.

Even Asiatic black bear, Inca, couldnt resist taking a peek at the comings and goings during the day  thanks to Hollie Gordon for the picture below. 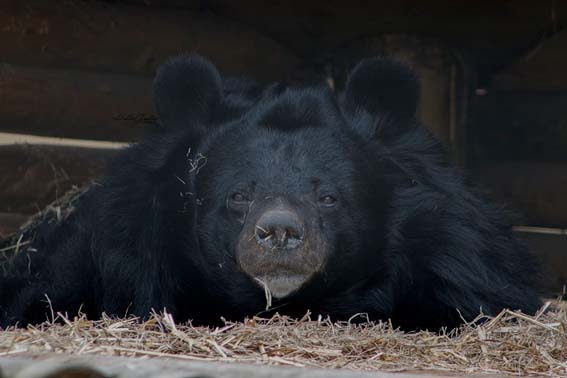 DZG Marketing Manager Andrea Hales said: “We are thrilled with the total and would like to say a huge thank you to everyone who took part and raised funds for such vital projects.

To be able to hand over £2,500 to support tigers in the wild and to have the same amount towards our own conservation projects is wonderful.

21st Century Tiger has also just received a £700 donation from sales of Dudley Zoos 2015 calendar. DZG handed over the impressive proceeds to the conservation charity after copies of the calendar flew off the shelves and overseas.

Previous: Calling all pirates and princesses!
Next: Makalus daring dip!