Bill, who opened our £20,000 Baboons on the Bank exhibit last week was over the moon to meet baby Billie and to receive an adoption pack for the eight-week-old primate, and promised to keep in touch when he returned to his London home. 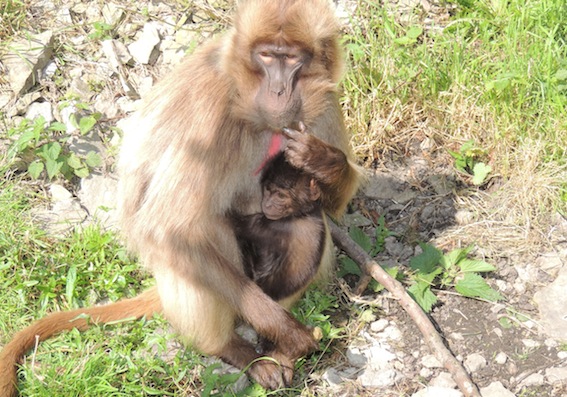 DZG Head of Media and Communications, Jill Hitchman, said: “Bill had a great time at the opening and was really interested in our animal collection.   “He’s very knowledgeable about exotic species and has spent time with great apes in their natural habitat, so he was keen to learn more about our conservation projects.” 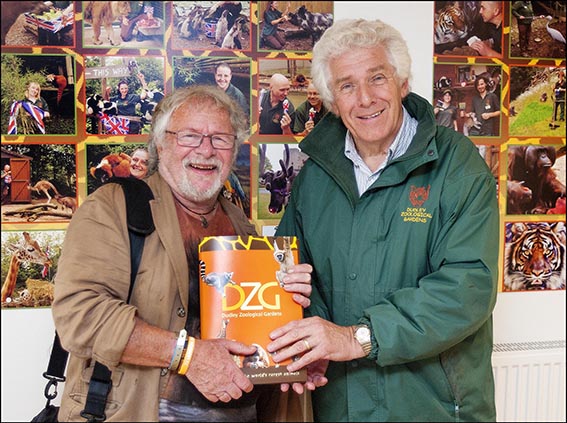 She added: “He was very pleased with his adoption pack when he received it from CEO Peter Suddock, and when he left the zoo he promised to keep in touch, but we were quite surprised when his amusing letter arrived addressed to Billie, with the suggestion that someone reads it to him as he’s far too young to cope with the big words!”   Excerpts from Bill’s letter: “Billie this is your dad writing. Well, not your real dad. He was a baboon like you. Except he was much bigger and older. I have adopted you, but don’t worry this doesn’t mean you have to come and live with me in London, or that I am going to come and live with you. 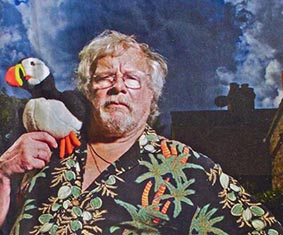 “I know your new enclosure is very nice but I wouldn’t want to live there.   “Anyway, Billie I think about you a lot and often look at your picture. I hope I will be sent more as you get bigger. It’s funny to think of you growing up very near to where I did. I lived just up the road in Quinton.

“I even went to Dudley Zoo when I was a boy. Believe me, it has changed a great deal since then, and all for the better. I am sure you will be very happy there.

“I will come and visit you when I get a chance. Meanwhile, here is a photo of me, please note this is not a real puffin.”   Geladas  the last surviving species of grazing primate  originate from the Ethiopian highlands and are also known as bleeding heart baboons due to the bare patch of red skin on their chests.