DZG’s Safari Shop has launched a new range of souvenirs featuring charming pictures of the zoo on its opening day in 1937. 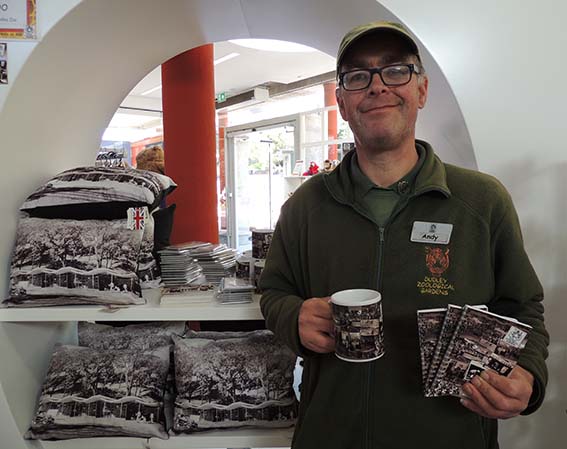 And who better to unveil the new nostalgic items than our longest-serving staff member Andy Palmer – who has been with us for 37 years.

The 53-year-old gardener said the selection of black and white notepads, magnets, postcards and cushions brought back wonderful memories of days gone by.

Andy said: “I went for a job at Dudley Council in 1978 straight after leaving school and they had nothing going. They suggested I try the zoo, and I’ve been here ever since!

“I started as a young gardener as part of a team of up to 15 groundsmen and worked all over the site when we had polar bears, elephants and white tigers.

“Over the years it has been wonderful to see such massive improvements here and it’s a great place to work.

“I’ve just been to see our latest exhibit Castle Creatures and really enjoyed it.” 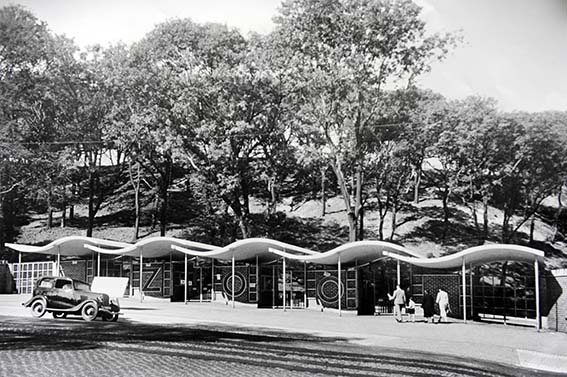 Dudley Zoo Entrance in 1937, above, is the photo printed on the cushion

DZG Sales Manager Isobel Blackwell said: “We are really pleased with this new range which features a montage of pictures taken when the zoo opened in 1937.

“There has been a lot of interest in the items so far which range from a postcard at 75p to a beautiful cushion at £16.99.” 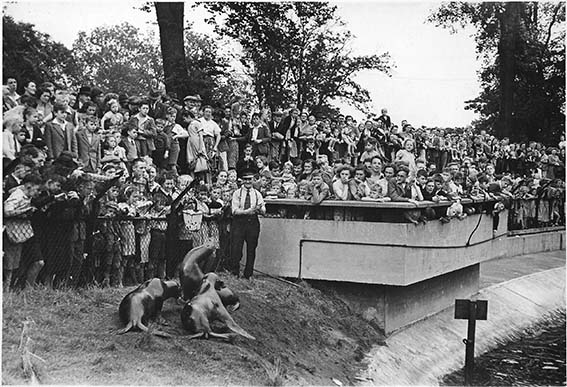 ABOVE: Days gone by at DZG… One of the images which forms part of the nostalgic montage

Previous: Gobis loving the limelight
Next: Smiling all week!