A proud mum meerkat brought her newborn pup out of its burrow to enjoy a spot of late evening sunshine. 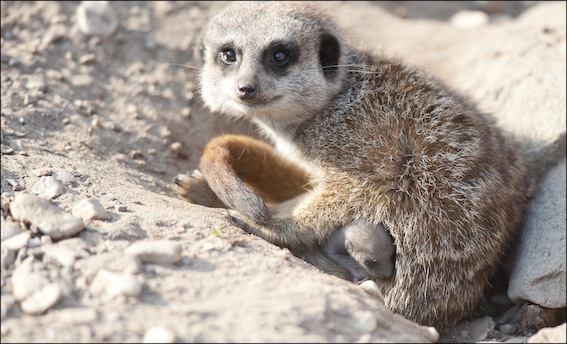 DZG Press Officer, Rachel Hickman, said: “The tiny baby, thought to be just a few days old, was being protected by mum and other females in the mob. It was clearly newborn as its eyes and ears are not yet open which normally happens when they are around 14 days old.

“Meerkat babies don’t usually make an appearance outside their underground den until they are at least a month old, when they are a lot bigger and have more fur, but this mum obviously thought her pup would enjoy a bit of sunshine.” 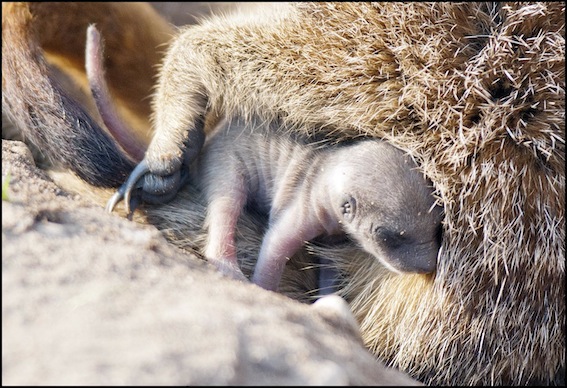 The newborn meerkat arrives just a few weeks behind its triplet cousins George, Alexander and Louis  named in honour of the new Prince of Cambridge.