DZG’s popular land train, Dotto, has received a new set of tyres for the New Year  with the old ones becoming enrichment toys for our seven chimps. 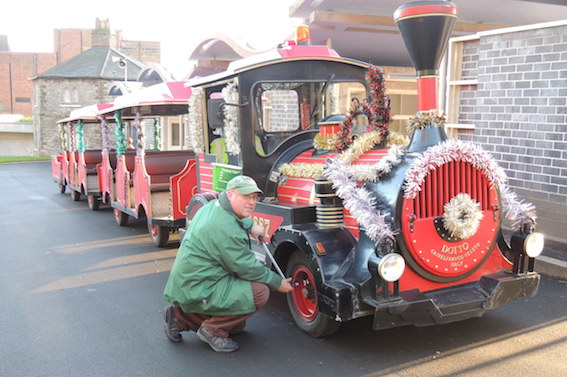 The 2.5 litre diesel locomotive has worked so hard during the busy festive period, carrying excited families up the hilly site to see Father Christmas in his grotto that its tyres began to wear down, prompting a brand new set fitted by DZG’s Site Service Manager, Malcolm Clements.

Malcolm, pictured above, said: “The tyres we use on the train are stronger than your average car tyre, as it’s quite a difficult path that it has to cope with, which is steep and bendy and not your average course for a train of this type.

“The tyres are bigger than average too, similar to tractor tyres and can’t be bought off the shelf, so we have to order them in locally.

“We change them regularly so are always testing different compounds to find which type works best, but we’ve always got two sets on site at all times, just because they’re not readily available.” 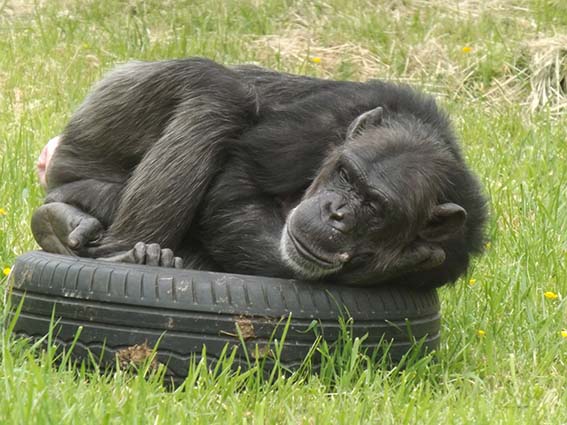 But nothing goes to waste here at DZG and the old tyres have been sent down to the chimp house as they’re ideal sturdy playthings for the girls  or even a comfy bed as Fanny demonstrated with a previous old tyre delivery!