It’s almost New Year and the bubbles are already freely flowing at DZG as we look forward to celebrating our 80th anniversary. 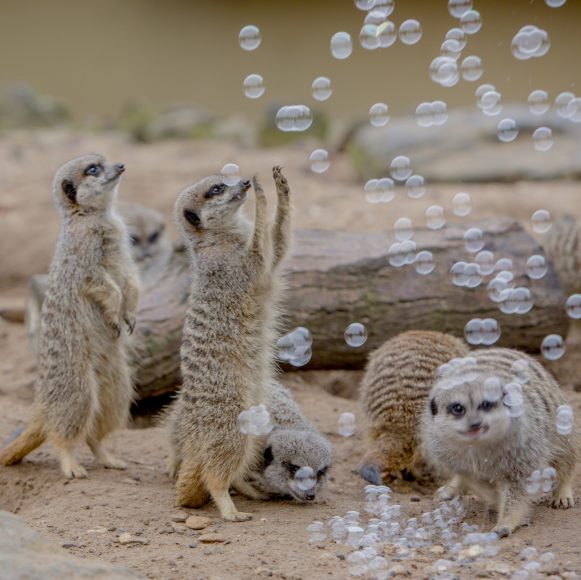 Our meerkat mob had great fun with some bubble enrichment following a delivery from our Amazon Wishlist from generous supporters Julie and Roy Holden, who sent us two large plastic trugs, a bubble gun and two holey rollers. 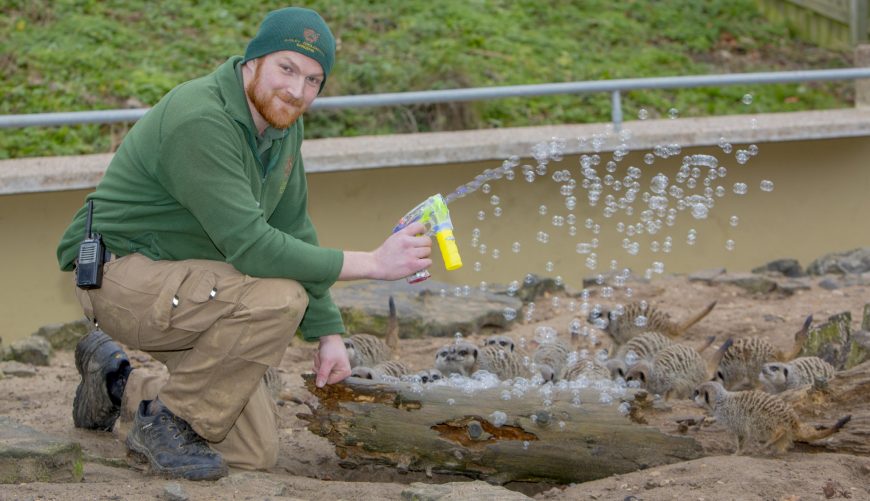 Keeper Adam Wrench, pictured above, said: “We’re really grateful for the gifts, which will be divided across the site.

“The trugs will head over to primates, where keepers can find a variety of uses for them. 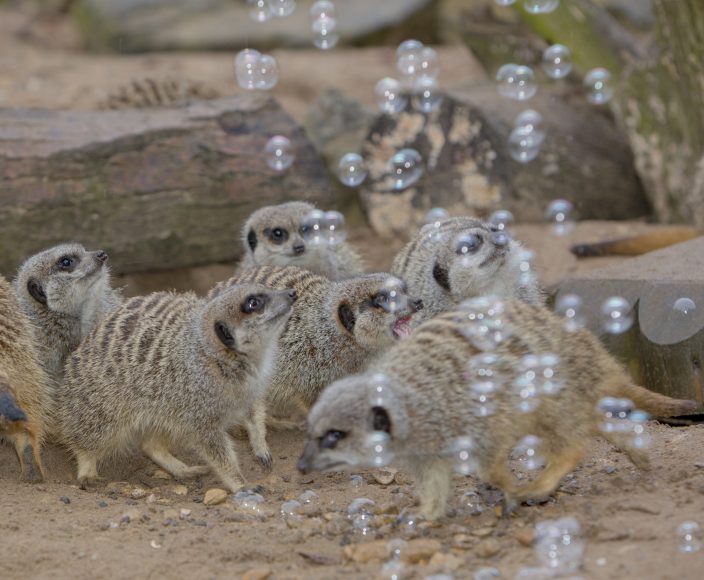 “The rollers will be perfect for the likes of the otters, kangaroos, wallabies and tapirs, as we can stuff them with hay and treats, which they’ll then have to roll about to get them out.

“And as well as the meerkats, the bubble gun can also be used for our Humboldt penguins, who I hope will be just as intrigued with them as this mob!” 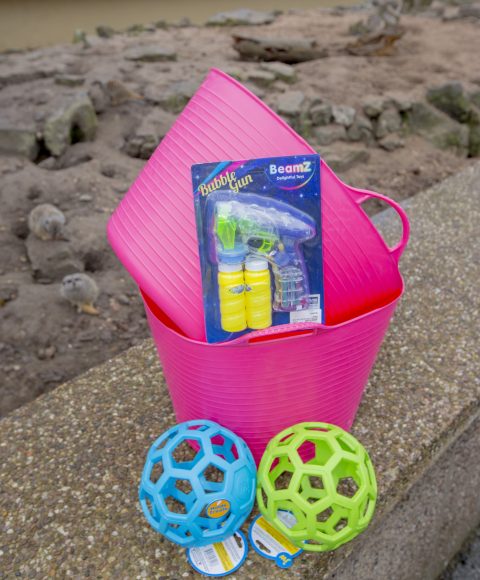 We also want to say Thank You to Sue Fallon, who sent Adam a £25 Amazon gift card for providing her son, James, with information about red pandas.

Adam said: “I was happy to speak to James for his project, so this was a really kind, unexpected gesture from them.

“I’ll be spending the voucher on the zoo’s Wishlist to purchase additional enrichment items for the animals, which we’ll decide on during the next Enrichment Committee.” 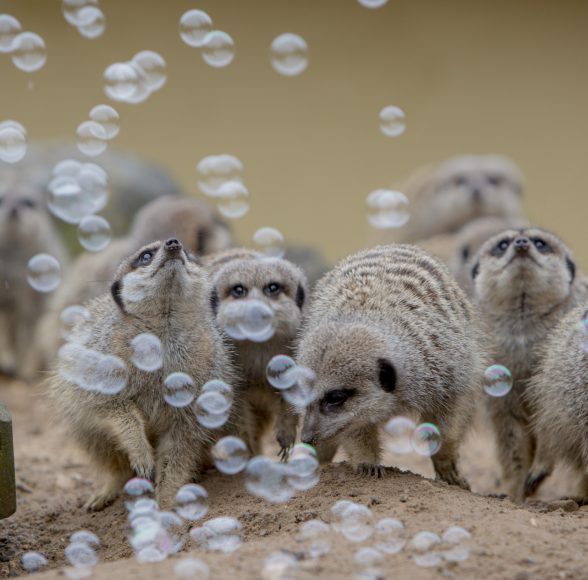