It’s a fantastic start to 2014 for Jess Jones as the 20-year-old starts an apprenticeship at DZG.

And it’s extra special  for Jess, from West Brom, as our newest recruit is following in her mother’s footsteps, securing her full-time trainee keeper job three decades after mum, Tracey, worked on site. 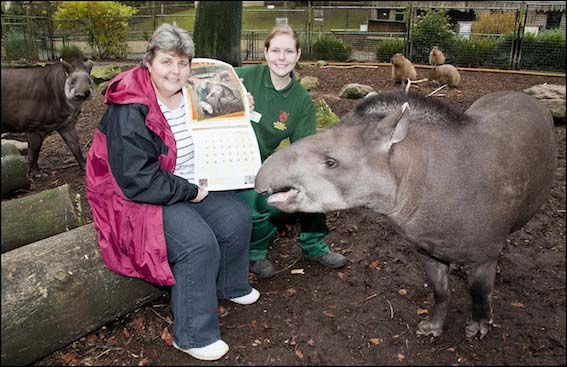 Jess, who is currently based on the farm, said: “It was mum’s stories that inspired me to go into the same career.   “I loved listening to her tales when I was growing up and I’m as animal mad as she is, so it was the obvious choice for me.”

She added: “I was so happy when I got the call to offer me a job, it’s the best start to 2014 I could ever have hoped for.”   Dedication and hard work paved the way for both Jess and Tracey in obtaining their dream jobs at DZG.   Tracey joined an apprentice scheme shortly after leaving school and gained a keeper job a few months later, while Jess has been volunteering at DZG for more than two years.   She juggled an Animal Care course at Rodbaston College with working in the Discovery Centre, as well as giving her time on the ungulate, farm and bird sections at weekends and during holidays.   Tracey, aged 48, who worked as a keeper in the 1980s, said: “I’m so proud of Jess. She’s worked hard to get this.   “She was brought up with my zoo stories and after I left to start a family, I continued to take the children to the zoo every year, just as I had visited when I was growing up.   “I used to nag my parents to take me every Easter and when I was old enough I came on my own, so working at DZG was a dream come true for me.”   She added: “I’ve seen the zoo change so much; the redesign of the enclosures is amazing, they are all so much better than they were in my day.” 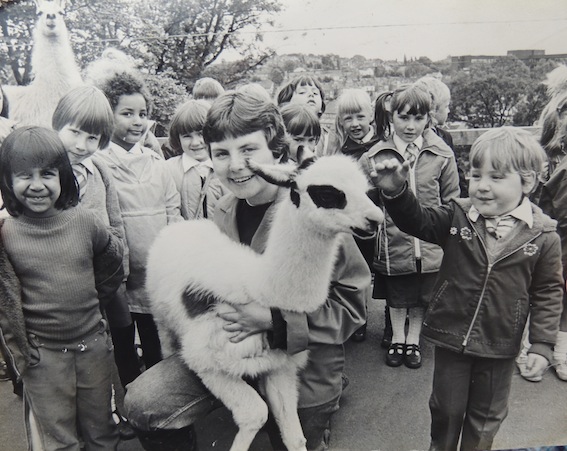 Tracey  then Miss Ford  worked on the North Section of the zoo site, caring for giraffes, tapirs, guanaco, small primates and kangaroos.    Her overriding memory and a story that hooked Jess, was of helping to hand rear a baby tapir, called Tuppence.   Tracey, who is now a care worker, said: “Tuppence was rejected by her mum, so we had to step in and hand rear her. We took it in turns to bunk down with our sleeping bags in the primate kitchen each night to feed her and we would often be woken up by her nibbling our noses.   “She was like a dog and used to follow you around the site. When she was old enough she moved to another collection and we all cried for the rest of the day when she left.   “I loved every second working at Dudley Zoo and I know Jess will, too.”