Four Philippian Sailfin lizards and a Giant Asian Pond Turtle have arrived from Chessington Zoo and are already on show to visitors – with the turtle found sharing the dwarf crocodile enclosure. 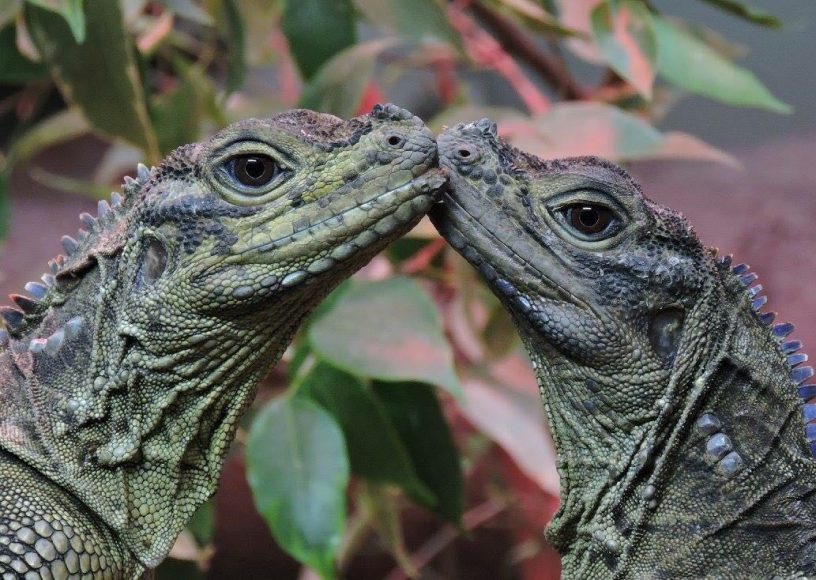 The spectacular looking sailfin lizards are known for their fanlike sail at the base of their tail and the distinctive crest of tooth-like scales on its head.

Found in the tropical forests of Eastern Indonesia, New Guinea and the Philippines, the lizard, also known as the sailfin water dragon, frequently takes to water to avoid predators and by using the sail and their flattened toes, is an excellent swimmer. They can also walk on water!

Listed as vulnerable on the IUCN Red List, the lizards’ habitat is facing destruction through felling for timber and agriculture, as well as hunting for the pet trade. 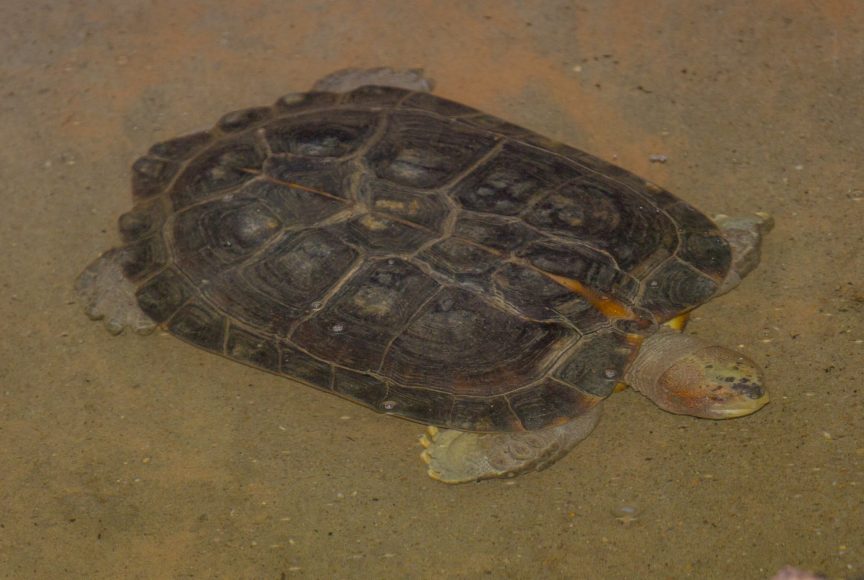 The giant Asian pond turtle is one of the largest hard-shelled, semi-aquatic Asian turtles, which inhabits ponds and lakes in freshwater swamp forests in Southeast Asia.

However, they’re being pushed to the brink of extinction and are also listed as vulnerable on the IUCN Red List, due to the international pet trade and the increasing demand in China for food and medicine, where turtles are believed to have significant benefits for human health.

Spot our new animals in the Reptile House during your next visit.

Thanks to Vickie Fellows for the fab photo of two of the Sailfin lizards.

Previous: A fab family photo!
Next: Recognition for tiger funds