A new owl species has flown into DZG. 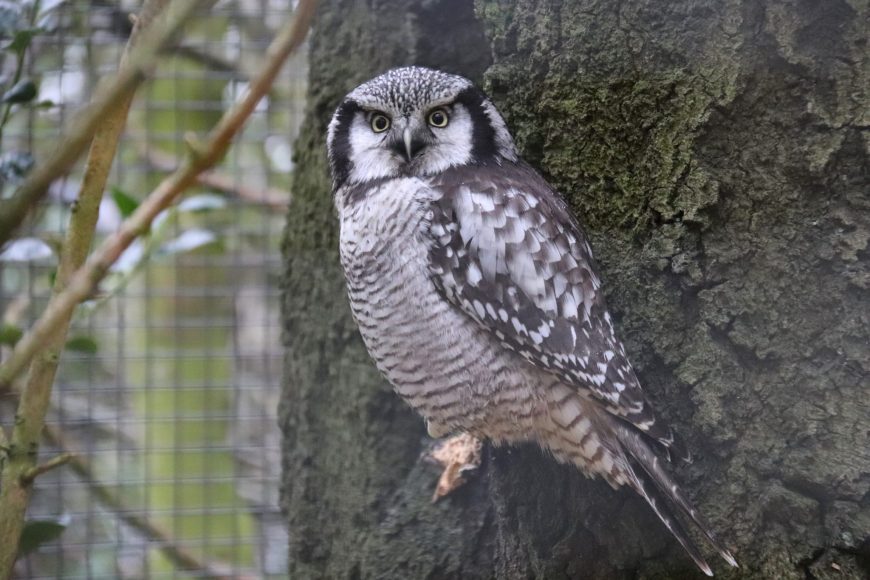 Four Northern hawk owls have taken up residence in one of our hill aviaries after keepers collected them from Whipsnade Zoo last week.

Birds Senior Keeper, Ben Vanes, said: “The new owls make a really interesting addition to our bird collection with their similarities in appearance and behaviour to a hawk and they are already showing well in their new home opposite the burrowing owls.”

The medium-sized owl is native to the boreal forests of Eurasia and North America, and unlike other species is known to be more active during the day than the night.

The golden pheasants who were in the enclosure have relocated to the aviary adjacent to the kookaburras higher up the hill.

Other new feathered additions to the collection include two West Indian whistling ducks, six White faced whistling ducks and nine eiders, which can be found in the South American pool and Triple Aviaries.