An orang utan that has been living in a Sandwell semi for the past three decades is settling into a new home at DZG. 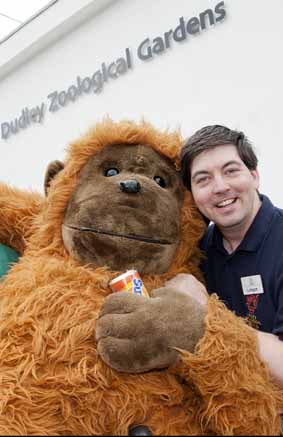 But the latest arrival won’t be boosting our banana bill  he’s a lifesize cuddly toy which has been donated by Pat Picken, of West Bromwich, to be used as a teaching aid by zoo presenters.   DZG Head of Media and Communications, Jill Hitchman, said: “When we received a phone call offering us an orang utan we thought it was a joke.    “Mrs Picken said it had been in her house since the 1980s and for the past 20 years had been sitting in an armchair in her bedroom  . . . then she explained it was a giant toy she had won in a promotional raffle in a supermarket and she thought it was time it moved on and hoped zoo education staff might find it useful.   “We offered to send the zoo van and a crate over to pick it up but she insisted bringing it over in her son’s car and handing the great ape over to presentation staff herself.”

Mrs Picken said: “I won the orang in a raffle at the opening of Savacentre, in Oldbury. He was used to promote a range of soft drinks and I was amazed when I went to collect it  I expected a little toy, not a lifesize version!

“I had to wheel it back home in a supermarket trolley, much to the astonishment of passing motorists, and when I got back my daughter, Michelle, was so scared she wouldn’t go near it.

“He started off living in the front room, then he moved into the bedroom where my husband, Roy, placed him on a chair where he’s been for the best part of 20 years.”   Mrs Picken added: “I shall miss him  that orang has been in my house for so long he’s become part of the furniture, but I’m glad he’s found a new home at last.”   The new addition, who has been named Jasper, is now living in the Rainforest Room in the Discovery Centre education block where he is helping presenters in their daily conservation talks. 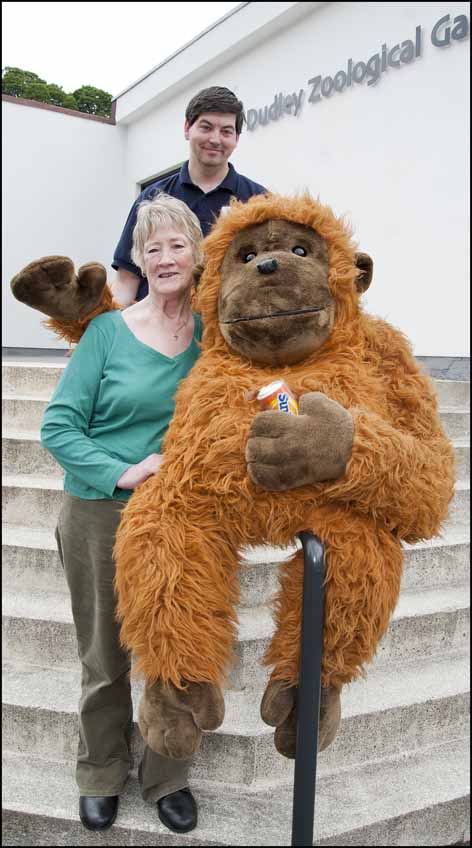