Our four Patagonian mara have relocated to the Howler monkey enclosure to form a new mixed South American exhibit. 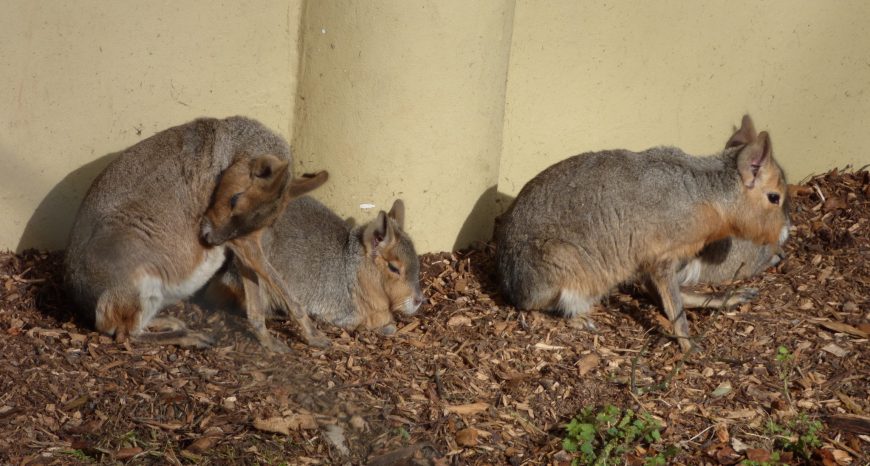 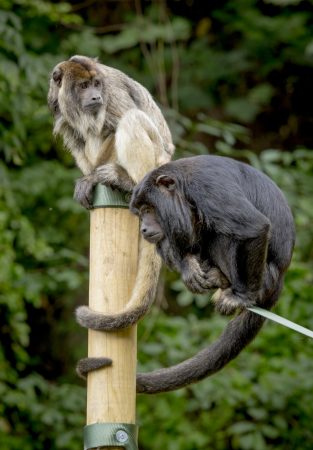 Assistant Curator, Jay Haywood, said: “The two species work well together as they’re both native to the same area in the wild and have proved a successful mixed exhibit at other collections.

“They have separate indoor dens but howler monkeys are arboreal species, so make use of the high climbing platforms whereas the maras live on the floor, so they both make use of the entire Tecton enclosure and the mara are already enjoying exploring and climbing the rockery at the back.”

The relocation, which has proved a successful pairing, paves the way for a group of bush dogs, who are set to arrive at DZG imminently and live in the former mara enclosure, which also housed our last bush dogs between 2003 and 2012.

Jay added: “We’re looking forward to having bush dogs back at DZG  as they were a popular species with visitors.”