Two female Nile monitors are settling into a new home in the Reptile House. 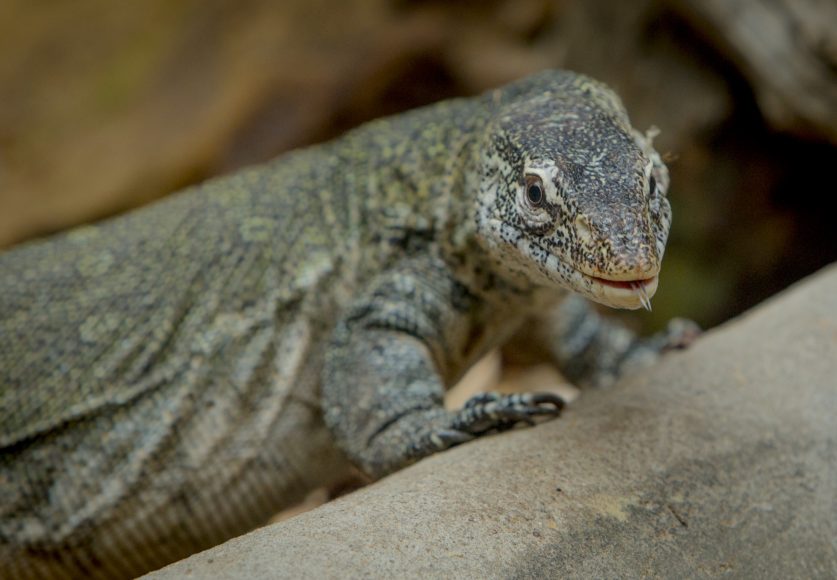 The 12 year-olds have relocated to the large enclosure, adjacent to the West African Dwarf crocodiles, which keepers have revamped with a running waterfall, pool, heat lamps, large tropical foliage and a sandy cave.

Senior Keeper, Sam Grove, said: “Nile monitors are the largest lizard found in Africa and can grow up to two metres in length.

“They’re showing really well in their new enclosure after spending the first few days exploring all over and as they’re known for being great swimmers, we’ve also spotted them making the most of the large pool too.” 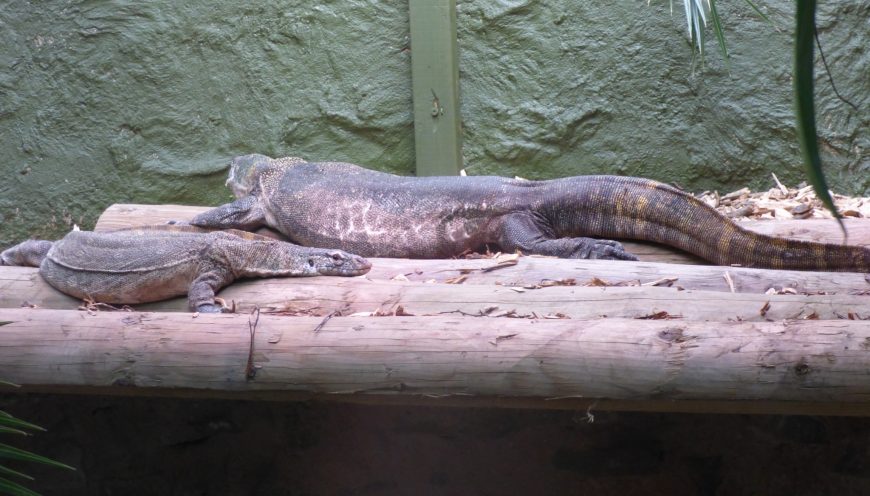 The pair joined DZG three years ago after moving from Blackpool Zoo. 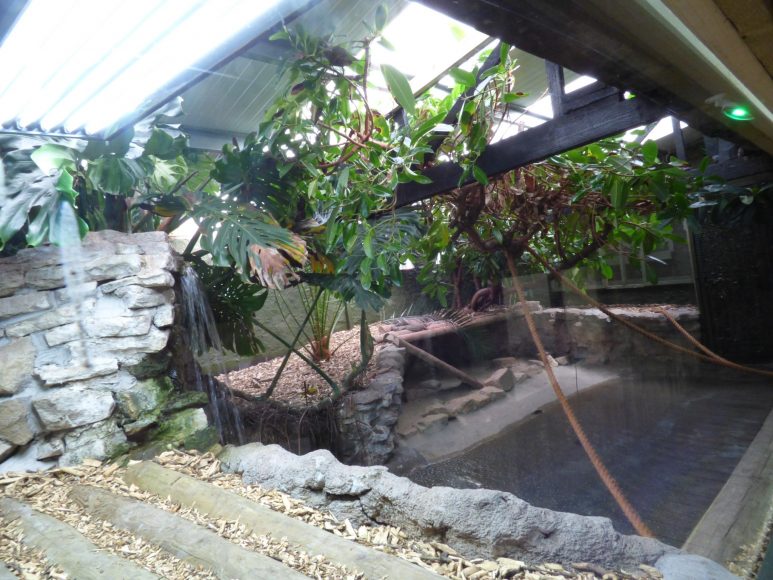 Nile monitors are a stout-bodied, powerful lizards, with an elongated snake-like head, sharp claws, and a long, compressed tail, which can be used for swimming and in self defence.

Watch the short video below of one of the lizards investigating the pool for the first time!

Previous: Past and future celebrations
Next: Opening waterfowl views