Our rare yellow-breasted capuchins are enjoying their newly built enclosure, which was completed just in time to welcome another addition to the family! 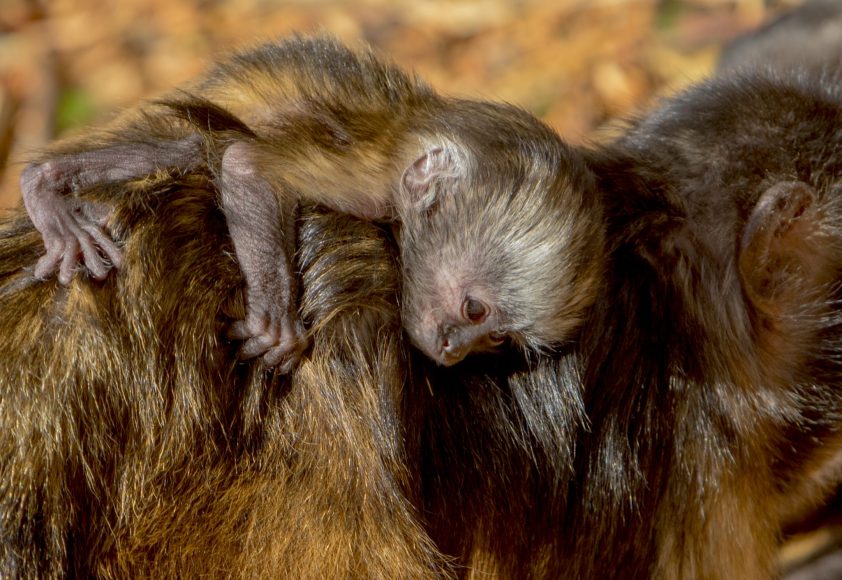 The tiny primate was born to 13 year-old mum, Dinya and nine year-old dad, Willow, on Friday, just days after the capuchins moved into their new home – which is the first of our £295,000 restoration programme to complete. 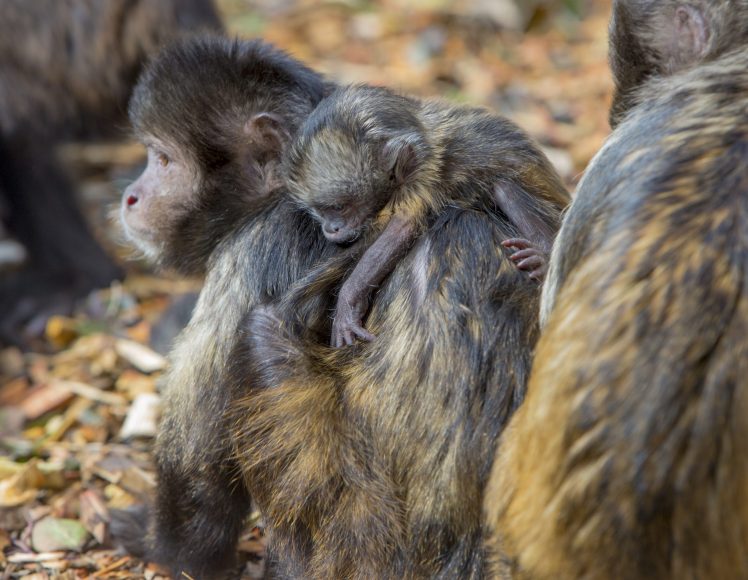 Upper Primates Section Leader, Pat Stevens, said: “This is Dinya’s seventh baby and fourth here at DZG, so she’s very experienced and even Willow is being an attentive dad and is looking out for them both.

“On the day of the birth we let the capuchins out just after 7am and two hours later we discovered the baby, so she must definitely be comfortable in the new enclosure to give birth outside.” 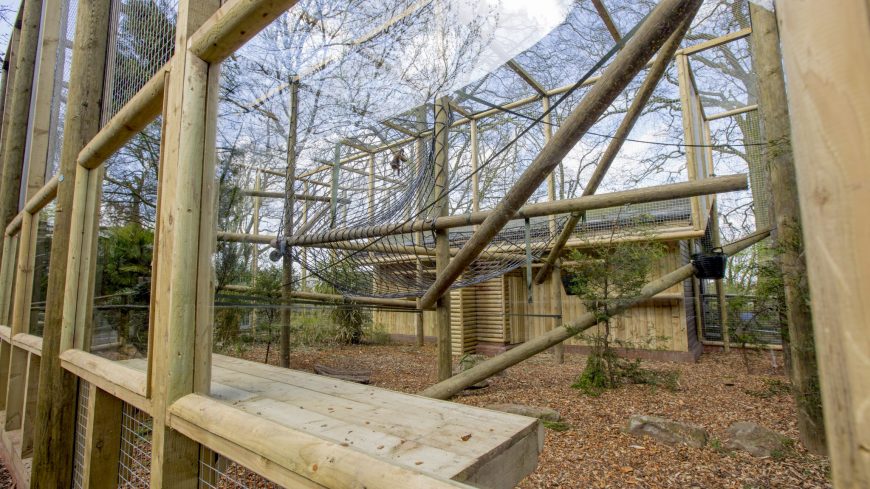 The enclosure, which has cost £25,000 to rebuild includes a climbing frame, ropes, hammocks, foliage and high platforms for the arboreal species to explore, while glass windows are providing new viewing opportunities for visitors.

As part of the revamp work the capuchins’ indoor quarters have also doubled in size. 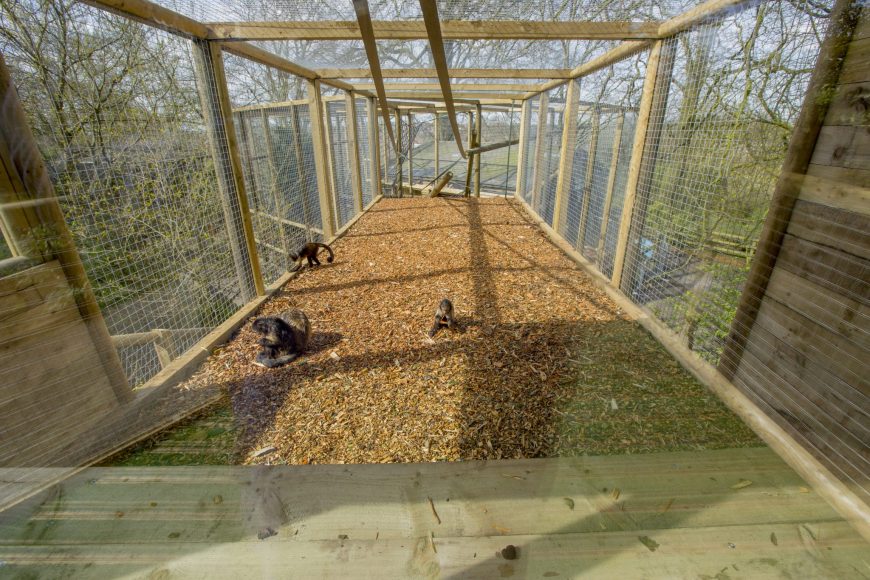 The primate group, which includes female, Holly and youngsters Doyle, Ted and Chops, are part of a European Species Survival Programme (ESSP) and are on loan to DZG from Rio Primate Centre.

The youngster is the sixth baby to be born at DZG since we introduced the species in 2011 but keepers will be unable to sex the youngster for a few months, as mum will be carrying it close to her, either on her back or stomach.

Keepers have their fingers crossed for a girl though, as all our past babies have been boys!

Listed as critically endangered on the IUCN Red List, yellow-breasted capuchins have suffered a severe decline in population due to extensive habitat loss over the last half a century.