Two striking birds are settling into new homes at DZG. 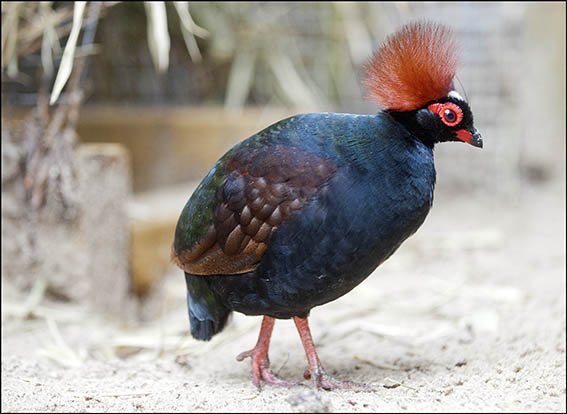 A male roul-roul crested partridge (pictured above) has moved into the love birds enclosure, while a male Himalayan monal (pictured below) is making himself at home in the aviary after being released from a 30-day quarantine period. 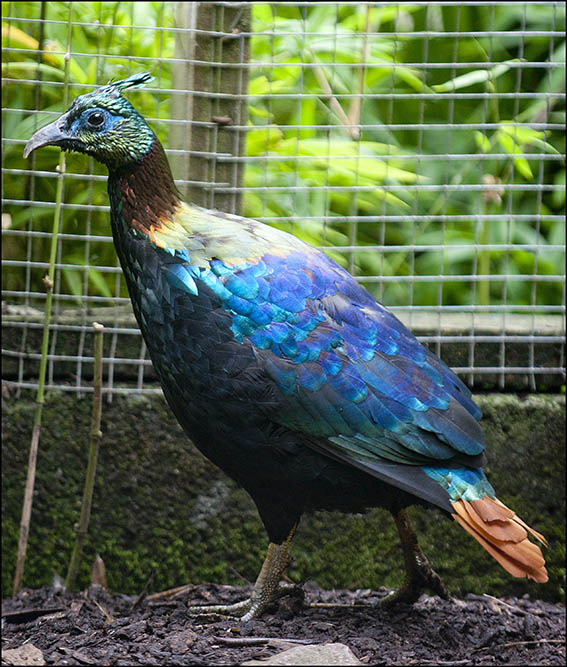 Birds Section Leader, Kellie Piper, said: “Both birds have very distinctive, colourful plumage and are stunning to look at. The roul-roul is a dark metallic green with a tall red crest on his head, while the monal, which is a species in the pheasant family, has multicoloured feathers of blue, purple, red, black, brown and green.

“They’ve both settled in quickly to their new homes and because of their striking appearance we know they’ll soon become very popular with visitors.”

Keepers are now hoping the two boys will be joined by female counterparts in the near future.