Three young arrivals are settling into the Discovery Centre. 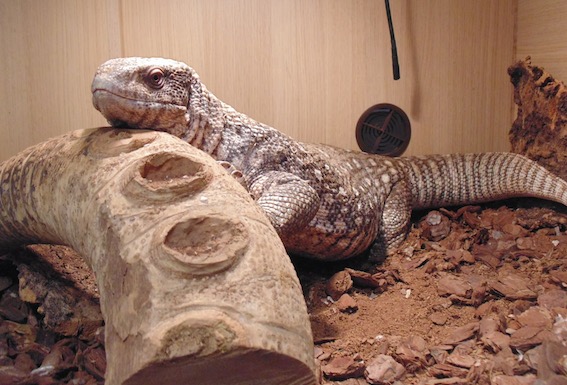 Two royal pythons and a bosc monitor lizard will be used by Presenters on outreach, school visits and for meet and greets. 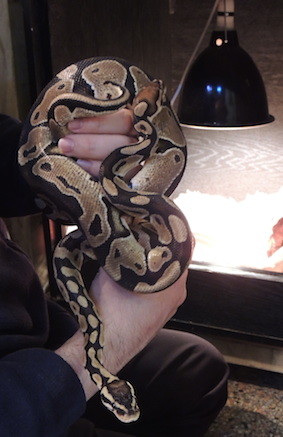 The female snakes, who have received royal monikers Princess and Duchess and male monitor lizard, called Barry, are currently in quarantine for the next few weeks, but staff are already delighted with their gentle natures, particularly Barry.

DZG Presenter Langan Turner, said: “Princess, Duchess and Barry are great additions to the animal collection in the Discovery Centre and we’re quickly getting to know their personalities, especially Barry, who is already proving to be quite a character.

“He’s very friendly and seems to enjoy company. He particularly enjoys exploring the Discovery Centre and it will be great to see the faces of the schoolchildren when they meet him. He’s a real gentle giant.” 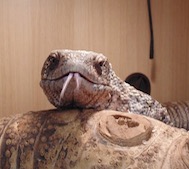 The bosc monitor lizard is also known as the savannah monitor and is native to central and southern Africa.

They’re the closest relative to the snake. They have forked tongues and they don’t shed the skin from their tails.

Royal pythons are also known as ball pythons and originate from Western, Eastern and Central Africa.

Females tend to grow larger than the males and can reach 1.5m in length.

They can live up to 40 years in captivity, although between 20  30 years is average.

Previous: Face your spider fear!
Next: A treat for mums!