We’ve had a number of new critters arrive at DZG over the last few days, but keepers don’t need to feed or care for these, in fact we need help catching them! 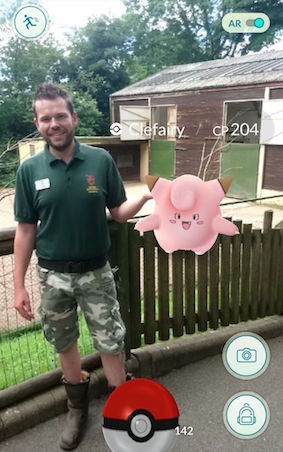 The 11th century Dudley Castle in the heart of Dudley Zoological Gardens has been named as a gym in the new viral Pokémon GO mobile app game, while we’ve discovered nine Pokéstops around the zoo’s 40-acre site, with the creatures being spotted on pathways and in enclosures such as Penguin Bay, Lemur Wood, the giraffe paddock and even in the viewing window next to our tigress, Daseep.

Media and Communications Officer, Rachel Hickman, said: “With over 1,200 real animals on site anyway, including some of the world’s most endangered creatures, I’m sure we can cope with a few extra virtual ones and at least they won’t add to our weekly £2,300 food bill, so we don’t mind them stopping for the time being.” 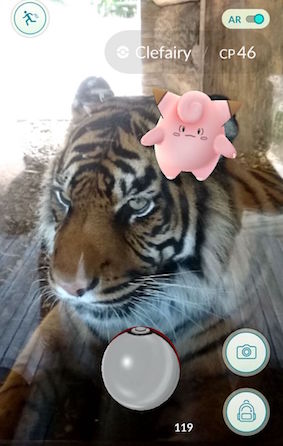 And throughout the holidays we’re offering the chance for Pokémon players to hunt out the critters at a reduced admission rate.

We’ll be hosting Pokémon Fridays throughout August, when adults can gain entry to DZG for £10.25 and children £7.25. 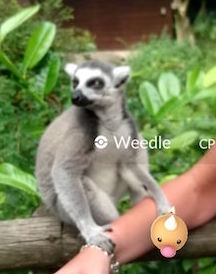 Rachel added: “Why not come and visit us during Fridays in the August school holidays and see which ones you can battle or capture. We’ve got plenty on site, including the elusive Aerodactyl, Kabuto and Omanyte apparently.

“But please be mindful about enclosures as there are animals in them and it will be quite tricky to rescue a mobile phone or tablet from a curious Sumatran tiger or an inquisitive ring-tailed lemur.”

To gain the reduced entry on Friday, August 5, 12, 19, 26, players need to PRINT off and hand in THIS VOUCHER, which admits up to four people.

The game, which has made headlines around the world, combines real life action with virtual gaming and uses GPS to find the Pokémon.