A two year-old male nene bird has been introduced to our resident three year-old female after translocating from Slimbridge Wetland Centre. 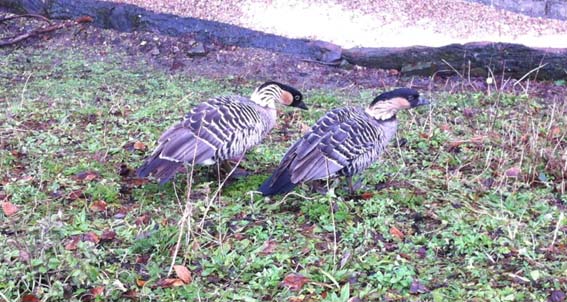 Team Leader Birds Section, Kellie Piper, said: “The female has been on her own for about a year and a half, so we are hoping they will become a breeding pair.

“We introduced them immediately and they have been getting on really well. They are already displaying and chattering to each other, so are making all the right signs.”

Also known as the Hawaiian goose, the nene is the official bird of the state of Hawaii.

Other new arrivals from Slimbridge include four ringed teals, which have also been added to the South American pools.