Snow leopard, Taïga, has been up to mischief and broken the enclosure’s waterfall! 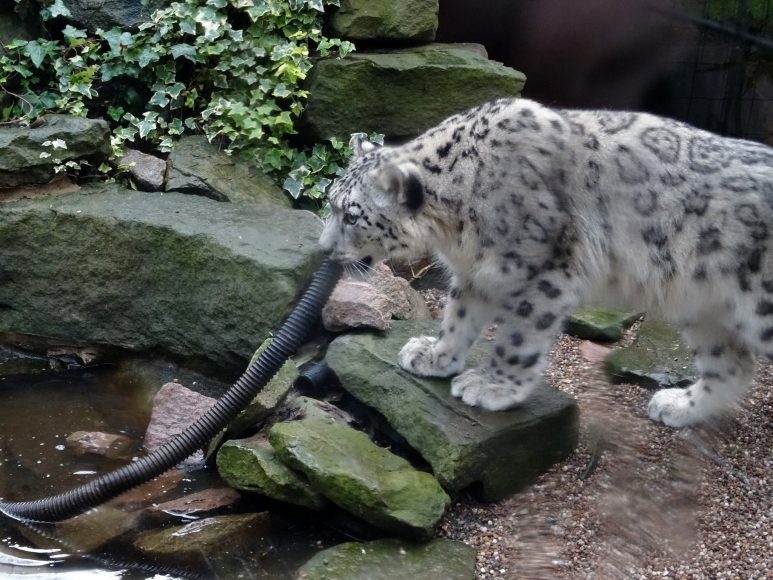 Big cat keepers couldn’t fathom how the water pipe had been removed from the pool, until zoo member, Karen Edwards shed light on the mystery when she caught the one year-old red handed on camera and showed us the photos! 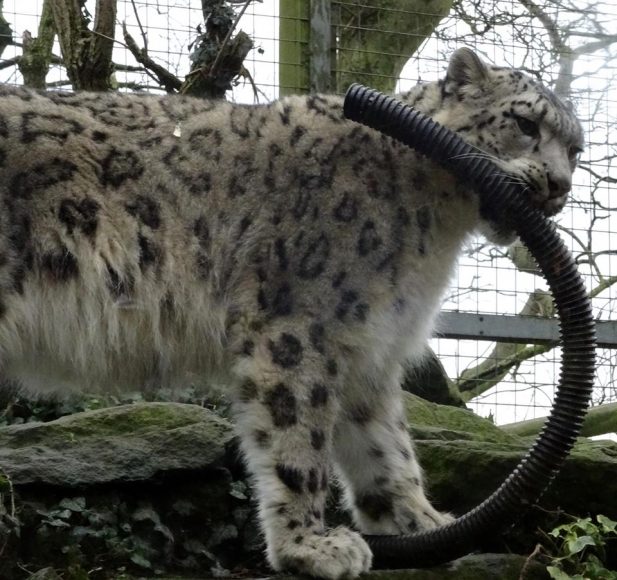 Senior Keeper Sam Grove, said: “Taïga’s completely pulled out all the plastic piping from the rockery, which operated the flowing waterfall into the pool.

“We caught her running round with the pipe, but didn’t know which one of the two big cats had done it, so I’m glad we found out.”

But now the keepers have to come up with a Taïga proof solution to repair it!

Sam added: “Now she knows where the pipe went, she’ll try it again if we put it back in the same place, so we need to put our thinking caps on and come up with something different!”