There’s a real buzz going on at DZG throughout National Insect Week. 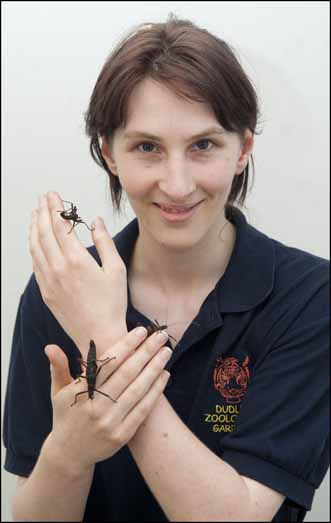 There are insect and invertebrate Creature Feature talks, plus a Great British Insect display in the Discovery Centre, alongside insect arts and crafts activities.

Presenter Caroline Howard, who attended the Royal Entomological Society’s National Insect Week launch at the RES’s HQ in St Albans on Monday (June 25), said it was important to raise the profile of insects and other invertebrates, as they constitute up to 98 per cent of all living creatures on the planet.

She said: “Conservation is always high on the agenda at DZG, and this week the zoo is highlighting the Royal Entomological Society’s Great British insects in the Discovery Centre education block.

“At Dudley we’re really proud to be working with a wide range of native invertebrates as part of our conservation output and are particularly proud of our work with the barberry carpet moth, and ladybird spider.

“My personal favourite is the beautiful iridescent tansy beetle which is endangered in Britain. We are attempting to establish a colony at DZG and are growing its food plant, the tansy herb, on site.”

DZG has been associated with the conservation of the Barberry carpet moth since 1993, and several thousand moths have been bred at the zoo and released into the wild. The zoo is currently working with Nature England on a project to propagate its food plant, wild barberry, across Barberry Highways.

DZG are partners in an ongoing project to boost the numbers of ladybird spiders, once thought to be extinct in England until the species was rediscovered at a small site in Dorset in 1979. DZG and its Native Species co-ordinator, Ian Hughes, have worked with the species since the 1990s, and spiders bred in Dudley have been relocated to suitable sites.

More information on National Insect Week can be found on the National Entomological Society’s website at http://nationalinsectweek.co.uk/ 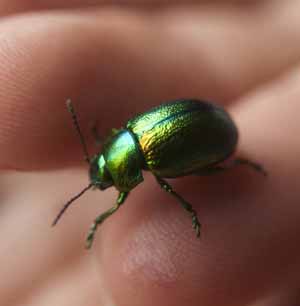 ABOVE:?Presenter Caroline Howard with black beauty stick insects that are part of the Great British display in the Discovery Centre.

Previous: Big cats’ sack attack
Next: One by One