We already have some adorable pictures of them  but our three baby meerkats still need names. 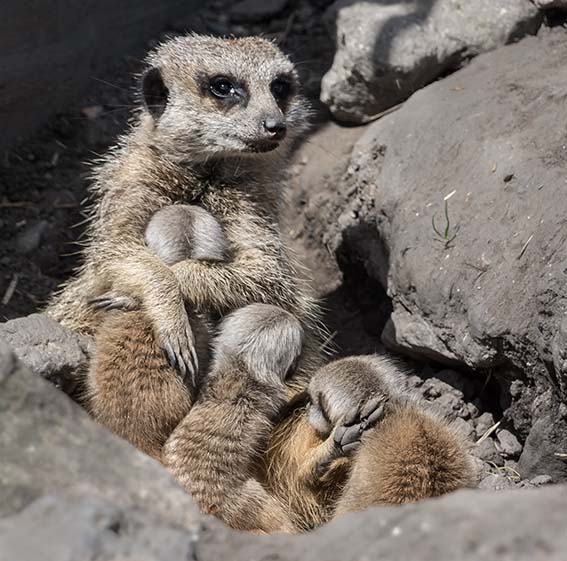 The gorgeous babies, above, were caught on camera by talented amateur photographer and zoo member Steve Weaver, shortly after they were born, but three months on the youngsters are still unnamed. 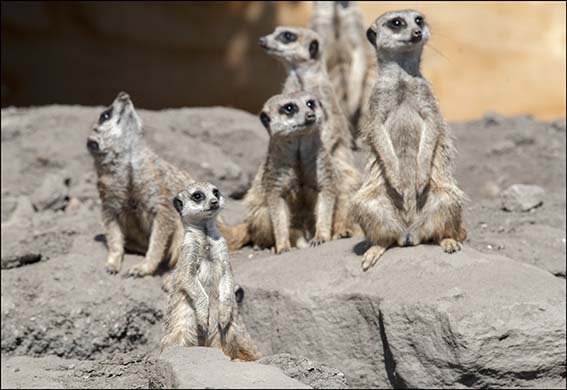 So, for the chance to win a very special DZG triple meerkat adoption pack, we’re asking our visitors and Facebook fans to suggest unisex names for the babies who have not yet been sexed by Keepers.

We need each person entering our naming competition to submit three names, which would suit boys or girls, for the siblings by August 14.

Then the best trio of names will be selected by DZG Keepers. The lucky winner will become a meerkat adopter and receive a unique adoption certificate for all three meerkats, a fact sheet, photo and a zoo admission ticket.

Team Leader on the Ungulates Section, Jay Haywood, said: “The three babies were born on April 25 but they still don’t have names and we thought it would be nice for our visitors to get involved with that.

“All three little ones are doing really well and are eating solid food.”

We already have meerkats called Mikhail, Sergei and Aleksandr and the two in our Monkey Tails walkthrough exhibit are called Lucky and Marvin.

Then there’s George, Alexander and Louis, named after HRH Prince George, and the two born last April, were called Oleg and Boris.

Member Karen Edwards took a wonderful picture of quite a few of them in a huddle, below. 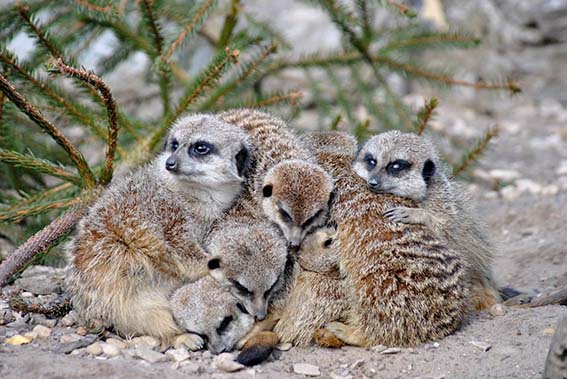 Meerkats can produce up to three litters a year. Babies open their eyes at 1014 days, but will not leave the burrow until they are around one month old.

In South Africa, meerkats are often kept to kill rats and mice around homes

Drop us your suggestions on our Facebook page at https://www.facebook.com/dudleyzoo or email your three names to competition@dudleyzoo.org.uk

Previous: Anniversary of the great fire
Next: Studying Sumatrans